On ADUs, councilor argues for the aged 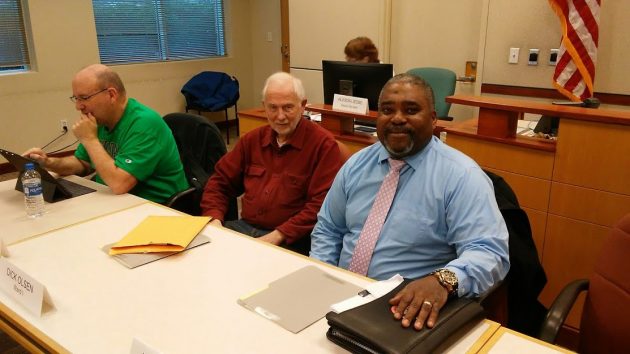 In the year he has been on the Albany City Council, Alex Johnson II has rarely been as outspoken as he was Wednesday on the size of accessory dwelling units or ADUs.

Allowing ADUs up to 900 square feet would accommodate a second bedroom, and this would enable more couples to “age in place.” That is far less expensive than moving into “assisted living.” Johnson could not understand why the mayor and two councilors, Bill Coburn and Dick Olsen, would not allow the aged of Albany that opportunity.

Olsen was worried about bigger ADUs leading to more cars and more traffic. He said it took him half an hour to get from his house downtown to Bi-Mart the other day.

Johnson said it made no sense to deny aged couples the possibility of living out their lives in ADUs, with their families nearby and able to help, on the grounds that they might cause traffic jams. He would not let anyone — “not you, not you, or anyone else” — tell him that not allowing slightly bigger ADUs made any kind of sense.

These are not exact quotes, but they get the gist. To get the full flavor of the exchange, and to appreciate Johnson trying to look out for older people of limited means, you should check out the YouTube video of Wednesday’s Albany council meeting. It should be available under “council meeting materials” on cityofAlbany.net some time Thursday.

The council, as expected, voted 4-2 to overturn Mayor Sharon Konopa’s veto of making several changes in the development code, including allowing ADUs up to 900 feet instead of 750 as allowed for years. That was one vote shy, so the veto stands and the changes are not taking effect. (Coburn joined Olsen in upholding the veto.)

Councilor Rich Kellum said that if someone now appeals the ADU issue to the Land Use Board of Appeals, four councilors would refuse to authorize any city defense. Whether this comes to pass, nobody knows. (hh)


30 responses to “On ADUs, councilor argues for the aged”