No big deal: Noted on the riverfront 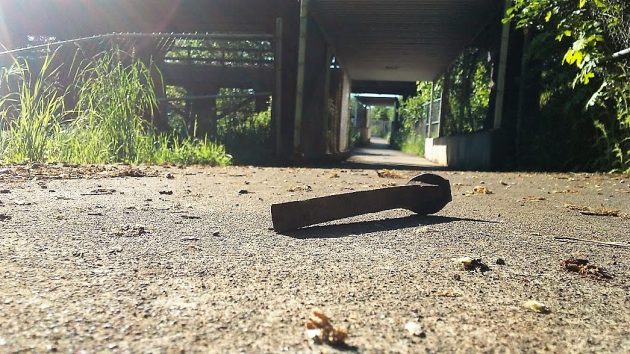 One of two railroad spikes on the Cox Creek Path on Monday evening.

Some days there is nothing to see on my riverfront beat. But sometimes there is, even if it’s nothing big. Three items caught my attention Monday afternoon.

The first was on the Cox Creek Path near where it ducks under the Union Pacific mainline and the Portland & Western track. Two railroad spikes lay on the path, inviting speculation on how they got there. Are they missing from the trestle above? Are there spikes missing up there, and if so how many? I trust the railroad’s maintenance crews will take a look. 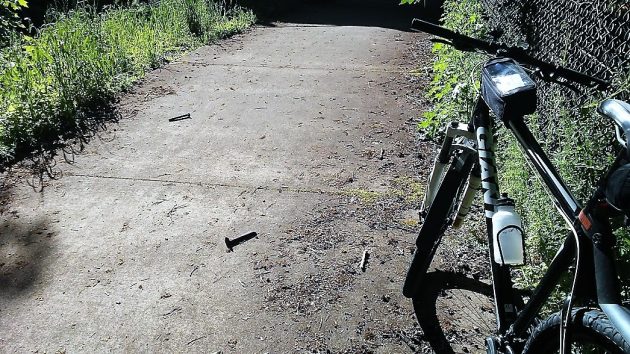 Second, utility work involving a temporary sewer bypass was going in Bowman Park, as you can see: 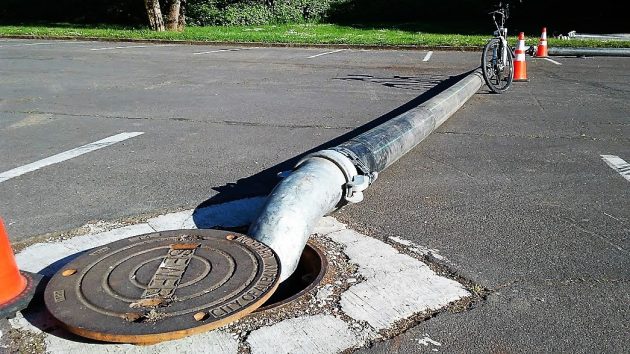 It’s one of 13 places in Albany where C&L Water Solutions of Littleton, Colo., is repairing sewer lines under a $803,431 city contract. The company has been working since last summer, using a system called “cured in place pipe,” which means the streets don’t have to be dug up. Before it comes off the truck to be installed, the pipe looks like a big, rolled-up plastic bag.

Last week the company was working to replace sewers running near Albany General Hospital and under Riverside Cemetery. I wondered then what was going on, and seeing the rigs in Bowman Park Monday gave me a chance to ask one of the workers. 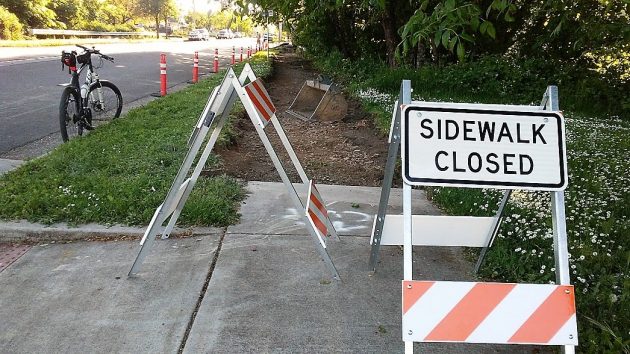 Finally, on the segment of the Dave Clark path that runs along Water Avenue, the sidewalk on the north side of the street is being replaced. Northcore USA LLC of Salem, the same company renovating part of Sunrise Park, has a city contract for $22,948 to rebuild a segment that had developed big cracks.

So, if there was something dramatic or momentous to see on my ride along the riverfront on Monday night, I missed it. But I didn’t miss three things that were, while kind of mundane, still different from the rest of the time. (hh)


6 responses to “No big deal: Noted on the riverfront”