New life for an old church? 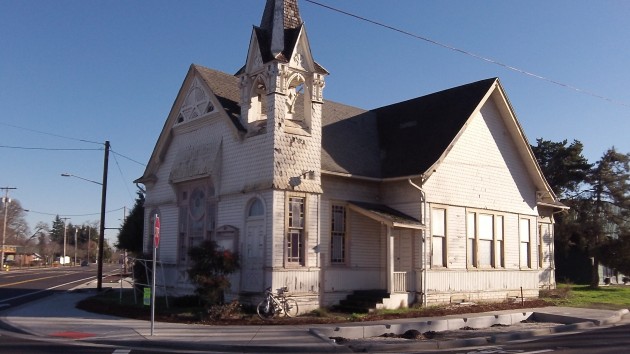 On the afternoon of New Year’s Eve, the sun shines on the old Cumberland Church.

This may be the year someone rescues the old church at Albany’s Main Street and Santiam Road before it falls down. Two parties have submitted proposals to acquire the city-owned property at 401 S.E. Main and do something with it, and the city staff is analyzing the offers. 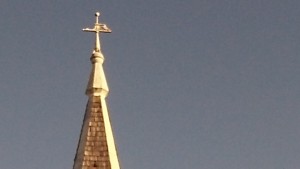 Albany bought the property in 2000 for $150,000, thinking it would be needed for a street project. But as it turned out, the Main Street project was redesigned before it was finally constructed in 2014, and the council declared the two-lot property surplus last February and later asked for proposals from would-be buyers.

Two proposals came in by the Dec. 30 deadline, reports Chris Bailey, public works operations director. One came from Randy Durig, owner of Durig Capital in Tigard, who would restore the building and lease it to a congregation and also rent it for events including weddings. The other was submitted by Good Samaritan Ministries of Albany, which also would like to restore the structure and use it for its services.

What about money? That angle, alas, was left out in Bailey’s response to my inquiry on New Year’s Eve day. She did say that both proposals envisioned applying for financial help from CARA, the downtown urban renewal district.

Bailey says the city’s review team may ask the parties to clarify their ideas, then score the proposals next week. “Once we have the complete picture, we will put together a staff report for City Council and take it to a work session, hopefully by the middle of January.” Based on council direction, the city will then seek to negotiate a deal, and Bailey says, “I am hopeful that we will be able to find a good use for the property that will benefit that neighborhood and the city.”

The building is known as the Cumberland Presbyterian Church, constructed in 1892 and remodeled in the 1920s. A staff report to the council a year ago estimated it would take at least $100,000 to make the place usable. Its problems include dry rot on the exterior, a roof that needs replacing, and lead-based exterior paint that requires special handling. And then there is the sewer lateral, which the city says “is reverse-grade.” This seems to mean that this is one place in town where the, er, waste does NOT run down hill. (hh) 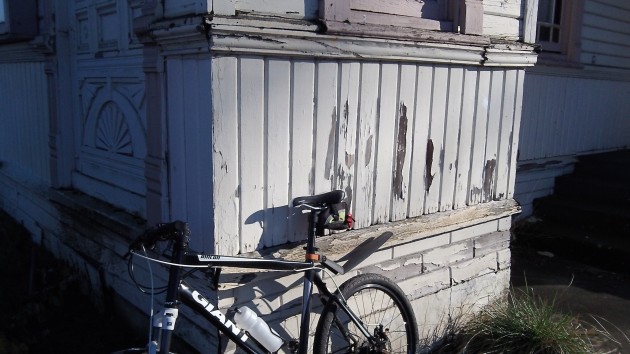 Lead paint — not bike parking — is among the building’s issues.


7 responses to “New life for an old church?”