Neighbors hope to save park — by buying it 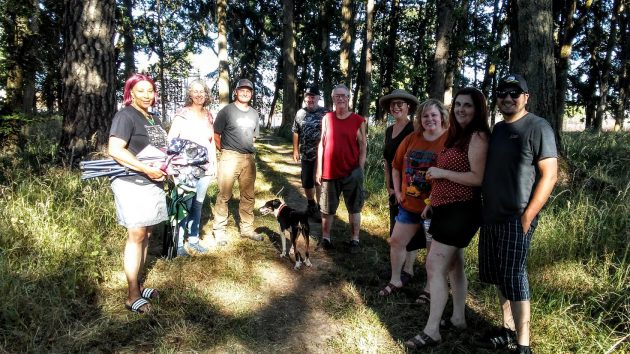 Neighbors gather at Hazelwood Park Wednesday. From right are George and Nicole Schukow, Sami Pulver, and Jill Zeller and Stephen Bray, who hope to buy the park from the city.

Families living behind Albany’s Hazelwood Park, which the council has offered for sale, hope to save the wooded parcel by buying it and making it part of their yards.

They told me about their plan — and hopes — as we met at the park on Wednesday evening.

They submitted an offer to the city by the June 22 deadline, they said, and were prepared to make their pitch to the council on July 14, when sale of the park was originally set to be on the council agenda.

But Parks and Recreation Director Kim Lyddane says the Hazelwood matter is being put off, probably until later in the summer or early fall. Pacific Power, which is expanding the Hazelwood Substation next to the park, has asked for an easement on the property, and this is taking time to work out.

Three families are in on the offer to buy the park. They are George and Nicole Schukow, Sami and Anthony Pulver, and Jill Zeller and Stephen Bray. Their houses on Southwest 17th Avenue back up to the 2.5-acre park and its woodland of mature oaks and firs.

Their offer, as I understand it, is about $100,000. The Linn County assessor has valued the parcel — which as public property can’t be taxed — at $94,750. When the council put it up for sale on April 14, City Attorney Sean Kidd recommended that any deal be negotiated in secret before the council holds the hearings required for the sale of public property.

The city parks department wants to get rid of Hazelwood Park, which gets little use, to save on maintenance. Nicole Schukow, one of the neighbors, was told city maintenance expenses were $1,200 a year. It’s mostly the neighbors who over the years have clipped the berry bushes, cut the ivy off the trees, and kept the woodland weeds down.

A private nonprofit, Creating Housing Coalition, has its eyes on Hazelwood Park as the site of a “village” of two dozen tiny houses for people who otherwise might be homeless. The group is in the running for a $100,000 city grant in federal antipoverty funds for property acquisition, and their plan would cut down many of the site’s trees.

The neighbors hoping to buy the park are not getting a government grant. They expect to take out a loan. (hh) 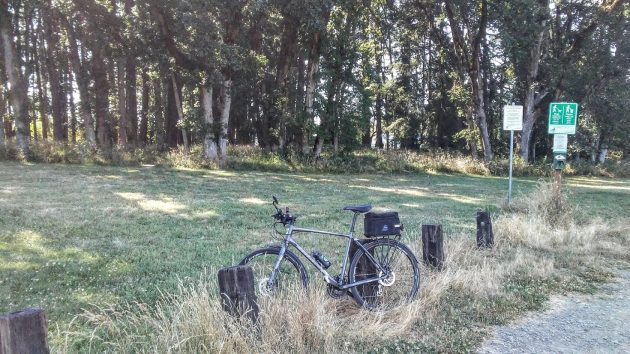 Hazelwood Park the way it looked when I paid a visit on July 3.


22 responses to “Neighbors hope to save park — by buying it”