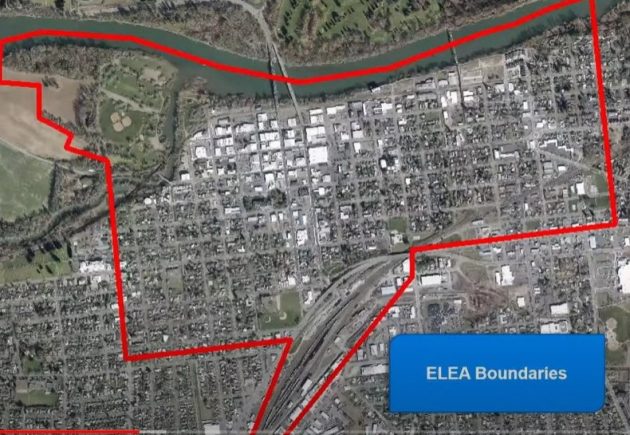 The Albany City Council has shown no sign of wanting to go along with a request to repeal the city’s “enhanced law enforcement area,” a law it passed three years ago to keep persistent petty criminals out of the central part of town.

At a work session on June 7, the council got a report from Police Chief Marcia Harnden that showed there might have been many occasions for applying the law. But it was used only once, in September 2018, against a 64-year-old man who was ordered to stay out of the area for three months.

The law says anyone convicted of three offenses within the designated area within six months may be expelled from the area for three months to a year, except to reach necessary services. The council passed it in March 2018  in response to a request from the police department.

The exclusion zone in the law extends from Elm to Pine Street, and from Pacific Boulevard and Albany Station to the Willamette  River.

Harnden gave the council numbers from within the area from January 2019 through May 25, 2021: 2,644 incidents or arrests on 3,930 charges ranging from violations to felonies. Forty persons had more than 10 arrests each; eight had more than 20 each; and two had more than 30 each. (The winner had 42 arrests on 73 charges but has not been heard from since early 2020.)

Many of the arrests were for offenses such littering, trespassing, illegal camping, and failure to appear in court.

City Attorney Sean Kidd told the council he thought the law was effective even though it had not been applied in those cases where it might have been. The exclusion can be invoked only after three convictions, not arrests, and municipal court was shut down for a year because of Covid.

There were a “couple of other issues” as well, according to Kidd, but he didn’t want to tell the council about them except in closed, executive session. No such session was called.

The council had asked for Harnden’s report after two people on April 27 asked for a repeal of the law. They are members of the First Christian Church, which is inside the exclusion zone.

The congregation had opposed the enactment in 2018. Their point now was that the law apparently was not needed or doing any good since in all that time it had been invoked only once. (hh)