Name for Woodland Square? Not yet 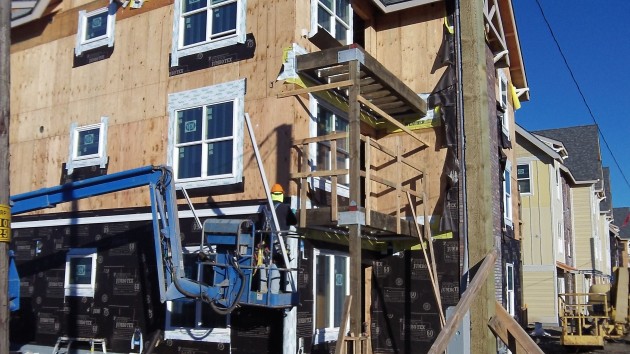 If you’re wondering about the new name of the Albany housing development at Salem Avenue and Pine Street, you’ll have to wonder a while longer.

Innovative Housing Inc. of Portland is building the so-called “workforce housing” project, which replaces a run-down trailer park named Woodland Square. And it was under that name that the project went through a lengthy process of securing funding. Last month the company announced it was looking for a new name to avoid any connections with the site’s history, and it invited suggestions, which were to be submitted by Christmas.

I asked Julie Garver of Innovative Housing for an update. On Monday she replied: “Yes we did get quite a few name submissions!  We are still in the selection process. We will let you know when we have a new name!”

The $10.6 million project will have 54 apartments and is being developed with the help of the Central Albany Revitalization Area, which contributed $1.45 million as part of its blight-fighting mission. Apartments will rent for $424 to $781 depending on size. Garver said in October that units in the first two buildings will be ready to occupy in February and those in the other three in May and June.

The site’s eastern boundary is Periwinkle Creek, but the developers hinted that there are enough Periwinkles among Albany place names, so this would not likely be considered. So what will it be called? The suspense mounts. (hh)


9 responses to “Name for Woodland Square? Not yet”