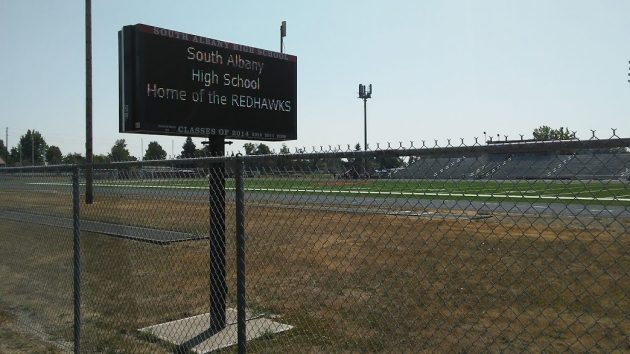 On Waverly Drive, the electronic sign outside the football field was easy to change.

On Wednesday the bike took me to the environs of South Albany High School because I was wondering how far the school formerly known as the Rebels had come in replacing its outdoor signs. As I found out, it has a way to go.

An electronic signboard on the Waverly Drive side of South’s football field shows the school teams’ new nickname, the Redhawks. The name was chosen by the students in the spring after the school administration decided to get rid of the old name and logo because of their association with the Confederacy of 150 years ago.

Changing that sign on Waverly was a simple matter. But as you can see, elsewhere around the field, the change has yet to be made. 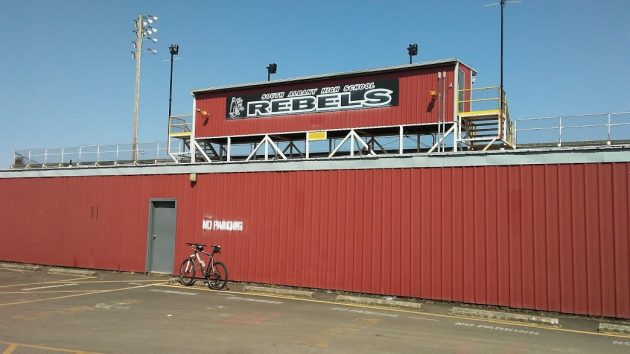 The press box atop the grandstand is still awaiting removal of the old lettering. 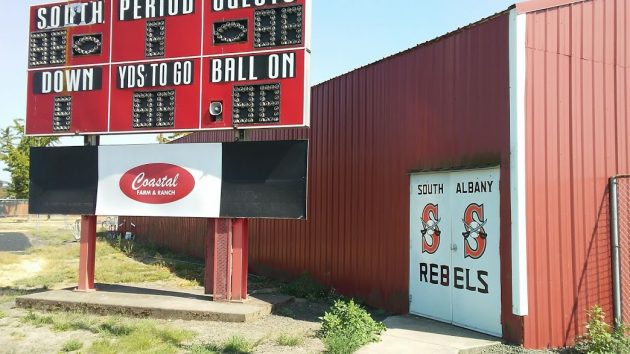 Same story on the shed doors near the scoreboard. 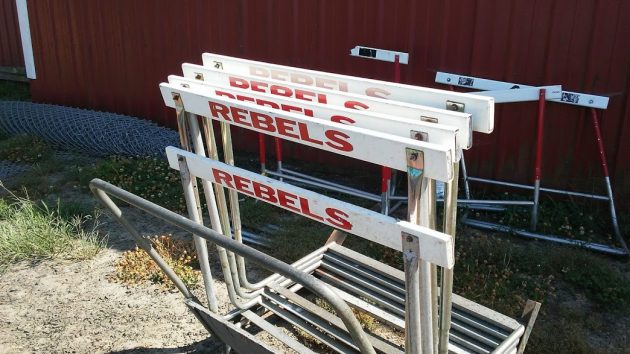 And then there are these hurdles.

I don’t know whether those hurdles were stored outside waiting to be disposed of, or whether they are to be repainted and put back in service.

On an online site, a vendor lists hurdles for high school track as costing just over a $100 each. So repainting these would probably be the better solution.

Back in June, the school board was told the name change would cost an estimated $114,000 for the gym floor, the football end zones, and team uniforms. No word on whether that covered hurdles too. (hh)


8 responses to “Name change: Still a work in progress”