Music and a chance to ward off Covid too 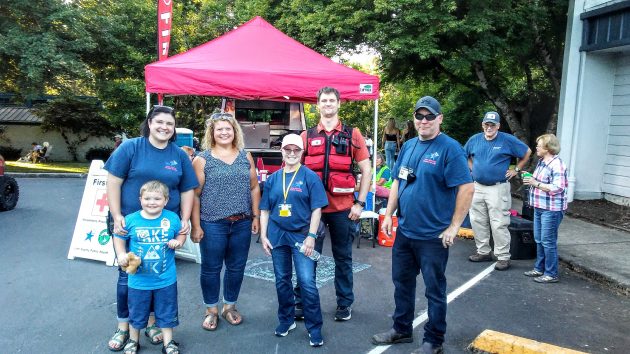 Neva Anderson, left, and other members of her team from Linn County Public Health were ready to give Covid shots and provide first aid.

On Thursday night I was just going to ride my bike past the season’s first River Rhythms concert and continue down the riverfront. But a sign at the corner stopped me. 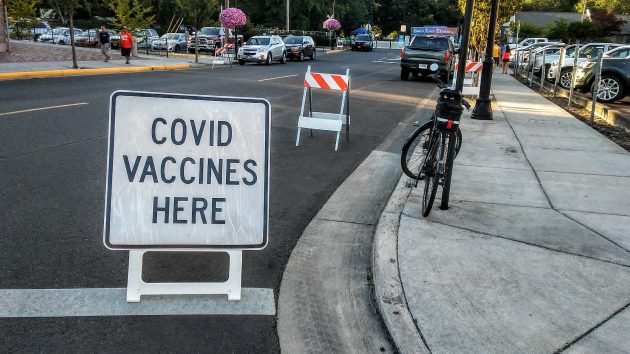 Covid vaccines along with the “Super Diamond” beat from the Monteith Riverpark stage? Really?

Yes, really. A team from the Medical Reserve Corps of Linn County Public Health, along with their mobile vaccination van, was set up at the end of the Monteith parking lot. They were ready to provide first aid if any was required. And they were prepared to give people shots.

Neva Anderson was in charge. As detailed in a profile in the Democrat-Herald back in April, she’s been a major driving force behind the county health department’s effort to get vaccinations to as many people as possible. Among other things, the paper reported, she organized an expansion of the department’s medical reserve corps from about two dozen volunteers to more than 900.

On Thursday night, by the time I got there around 7:30 the demand for Covid shots had been slight. Only one person had taken advantage of the opportunity to get one.

Meanwhile, though, a good-size crowd seemed to be enjoying the show despite — or maybe because of — the enhanced security measures in effect, including a chain link fence all around the park, and volunteer gatekeepers at the three access points.

Last year’s summertime concerts in Monteith Riverpark had to be canceled because of the pandemic. This was the first of the shortened series this year. For details of the others, check the website of the Albany Parks and Recreation Department here.

Not sure if the vaccination crew will be there again, but I wouldn’t be surprised if they are. (hh) 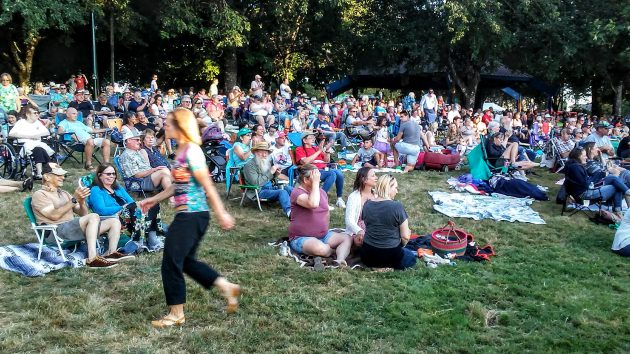 Part of the crowd during Thursday’s River Rhythms concert in Monteith Riverpark.

Anchored in the Willamette River, could these boaters hear the music in the park?