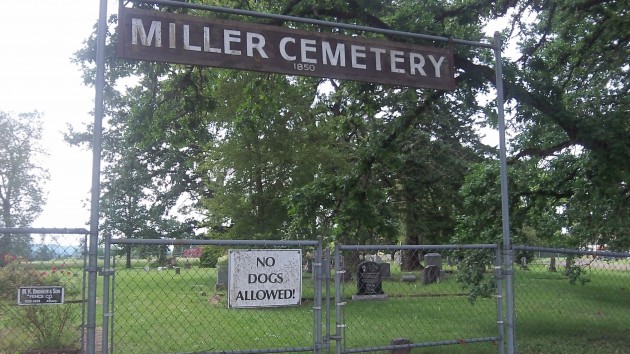 This might be the only place in Millersburg whose residents are not affected by the power issue.

It was quiet there for a while in Millersburg, but now the struggle over public power in the town is back in the news.

Since a couple of public hearings a month apart in the spring, the main thing that happened was that Councilman Darrin Lane announced on Aug. 11 that as authorized by the council, a committee had been formed to work up an “implementation proposal” for the formation of a municipal utility to take over the electric system of Pacific Power.

Last week the council learned that the committee would meet for the first time Sept. 30. Its meetings would not be open to the public but Doris Johnston, Pacific’s area rep in Albany, would be invited to observe. (Barring the Millersburg public would be the panel’s first mistake.) Committee members are Lane and fellow Councilor Jason Yutzie, public representatives Jim Lepin and Tish Jacobson, and business representatives Forrest Barnes of Palm Harbor Homes and Jim Denham of ATI Wah Chang.

Pacific Power has vowed to fight until the last man to prevent losing its electric system in the town, and on Tuesday it served notice of another stumbling block. The company said that like in attempted forced takeovers in Las Cruces, NM, and Boulder, CO, the municipality would have to pay for any “stranded costs,” that is, investments the company made in its system to serve Millersburg customers, and that the Federal Energy Regulatory Commission would be the agency to establish what those costs are.

Its engineers had reviewed the two consulting studies done for Millersburg, the company said, and came up with stranded costs of $28 million or $44 million. The higher sum would drive total acquisition costs of the Millersburg system to nearly $100 million, according to Pacific. To spend that much for a system that already serves customers “simply makes no sense,” Scott Bolton of Pacific said.

On the local front, a citizens’ group opposed to the takeover announced, also on Tuesday, it would start collecting signatures Wednesday on an initiative petititon. The measure proposes to require an election before the city can borrow substantial amounts of money. To make the ballot, the initiative needs about 150 signatures — 15 percent of Millersburg voters — and the election would be in March. The council has said it would put the utility issue before the voters anyway, but the initiative, if it passes, would make sure.

Is all this likely to be over by next spring? Only if the council decides not to go ahead after receiving the Lane committee’s implementation plan, or if the voters call a halt. Otherwise the fight could last — and the legal bills would mount — for years. Pacific says that in New Mexico, Las Cruces finally abandoned its plans when FERC said the city would owe El Paso Electric nearly $53 million in stranded costs, but by that time the fight had taken nine years. (hh)

One response to “Millersburg power: The saga resumes”