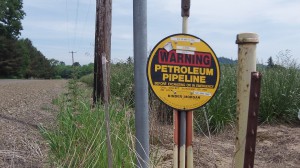 Other news from Washington has dominated the channels lately, so you may not have kept up with the Keystone Pipeline issue. The pipeline was proposed to carry crude oil extracted from the Canadian tar sands to refineries in Texas. The southern leg of the line is being built, according to a May 16 report by Reuters, but the northern half requires the president’s approval because it crosses an international border.

Canadian officials including the prime minister, Stephen Harper, have urged its approval. But President Obama has been stalling. In 2012 he postponed a decision so he would not have to anger anyone before the election. The election is long over, but there’s still no decision on what would be an enormous boost for the American economy.

The Reuters report said the decision is not expected until late this year. It’s hard to see how the president could kill the project on any grounds other than he does not like oil or does not want to help the economies of Canada or the U.S. Pipelines like this generally cause no problem. Just consider the “petroleum pipeline” — actually it carries gasoline — that runs down the middle of the Willamette Valley from Portland to Eugene, right past Albany. Most people don’t know it’s there. If it had caused leaks or other problems, they certainly would. (hh)