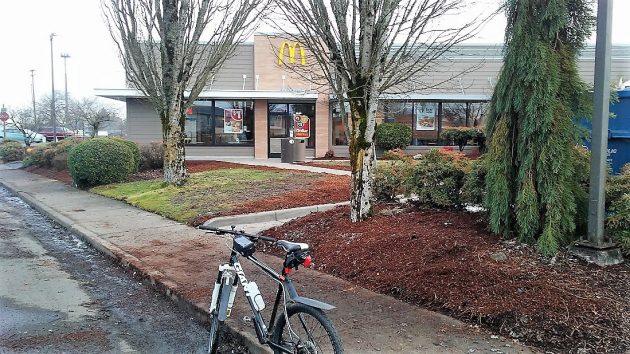 Like its Albany counterpart on the other side of town, near Interstate 5, the West Albany McDonald’s has been completely remodeled, and it doesn’t look like anything you were used to before.

I stopped on a bike ride through town and took a look on the afternoon of the last day of the year. I had not considered there was anything wrong with the previous layout and décor, but the McDonald’s company obviously thought otherwise. Apparently in response to a sales slump in recent years, the 60-year-old company based in Illinois has been ordering face-lifts at all of its thousands of franchise restaurants across the U.S.

Stories on websites such as delish.com quote the company brass as saying they wanted to get away from the “cafeteria” atmosphere in their franchise restaurants. That surprised me, because to me the new look resembles nothing as much as a corporate or even school cafeteria — all sleek and smooth and muted colors. The idea supposedly was to make the interior feel more intimate. To me, it feels the opposite, more like an institutional place for hurried meals.

There are, of course, touch-screen ordering kiosks in the new layout, two of them. (Each has two sides, so there are four screens from which to order.) But there’s also a counter for ordering from a person.

What else is different? No more outdoor playground, which might be a disappointment for parents with small children. Now they’ll have to go to an actual park to find a play structure their kids can climb.

Also, I didn’t see any bike racks. The fence of the former playground used to be a handy place to lean a bike where you could keep an eye on it from inside. Now a window serves the same purpose, but a proper rack would be nice to have. Maybe, before the project is completely done, they’ll put one in. (hh) 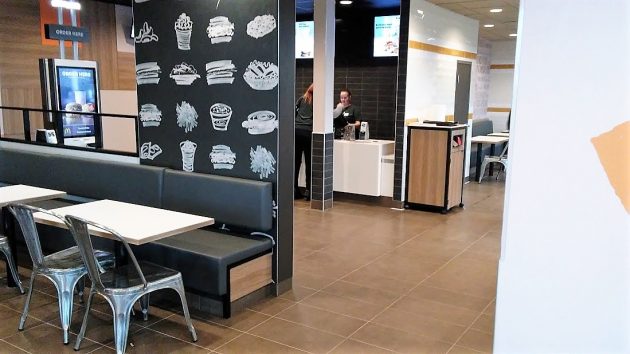 An ordering kiosk on the left. Or you can order from an employee, as before. 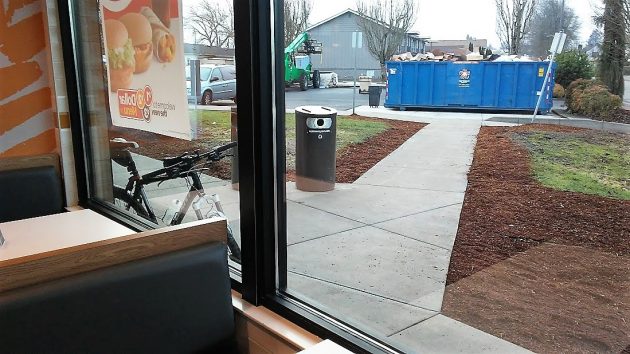 No more playground fence to lean a bike against. 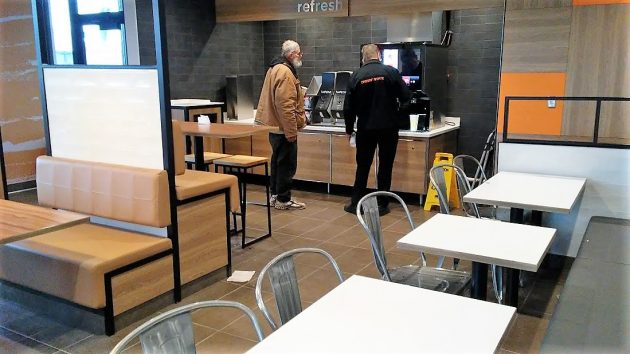 The seating arrangement is one of the things that has been changed.