M86: A question of more debt 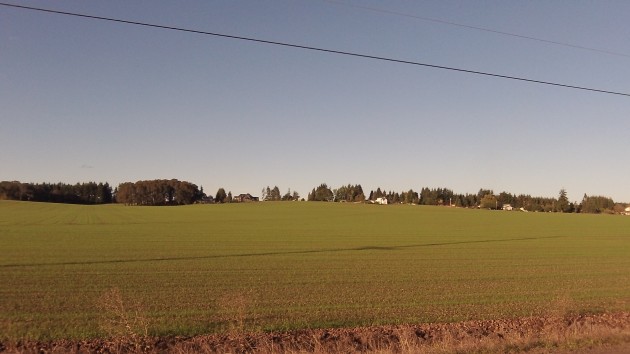 It’s may be hard to think about debt on a glorious October afternoon, but somebody’s got to do it.

On Ballot Measure 86, the proposed state endowment to help Oregon students pay for post-secondary education, the Voters’ Pamphlet is better than nothing, but not by much. It explains the basics of the measure, but important questions are left unanswered.

Seven pages of small print, that’s how much space in the state pamphlet deals with Measure 86. If you have read it all, you may have caught a grammatical error (“whom” instead of “who”) by the president of a university foundation, but you won’t know pertinent details of this proposal, such as how much it would cost, when it would take effect, how many people it would help, and whether it would in fact help anybody except university administrators.

The measure would authorize the state to sell bonds (translation: “borrow money”) and put the proceeds into an “Oregon student opportunity fund.” This debt could be up to 1 percent of Oregon property value or, at present, $4.3 billion. It would be repaid from investment earnings or, if necessary, from state income taxes. The bond proceeds would be invested, and surplus earnings would be lent or given to “Oregon students.”

In the pamphlet, assorted figures in Oregon higher education argue for this program on the grounds it would help more people meet the crushing burden of the price of college. Another way to solve that problem would be to lower the price by reducing the cost.of higher education, but that alternative never gets mentioned. Instead, the constant cry is for more financial aid so that the colleges can keep charging more.

The people arguing for the program in the pamphlet say it will help more Oregon students get a better education, thus enabling them to earn more money, in turn boosting the Oregon economy. What’s to keep Oregon students getting help from the program from then taking jobs in states where opportunities are better?

What if the market tanks and there are no earnings from the invested funds? If that happens, do student loans and grants get canceled? What if the earnings are not sufficient even to meet the debt service? Would the money needed then have to be raised by selling even more bonds? Or would income taxes be raised again?

The backers of M86 bemoan that so many students now end up deeply in debt, nearly $27,000 on average in the college class of 2012, according to one. The same “argument in favor” notes that from 2005 until 2012, tuition at Oregon’s public universities soared 50 percent. It’s ironic that a state so worried about ruinous student debt wants to solve the problem not by controlling price hikes at state institutions but issuing more and more debt. (hh)