Lost and stranded, without ID 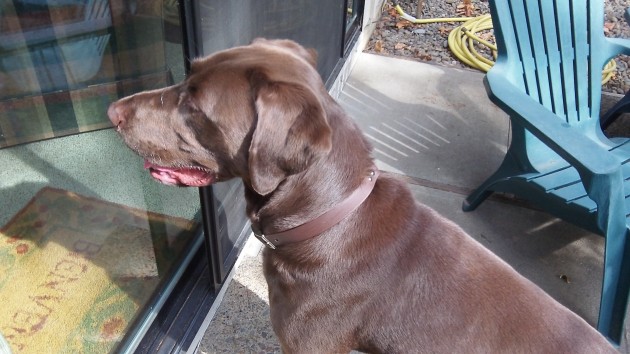 This handsome fellow came wandering through the yard and sniffed around. When I opened the back door to check on him, he vaulted inside and toured the living room. He acted lost. I had never seen him before, and there was no easy way to find out where he lived. That’s because he had a collar but no ID or license tag.

I poured some water into a pie pan, and he eagerly lapped it up. Had he stuck around, I would have looked after him for a while in case his owner started combing the neighborhood for his missing dog. If no one had come looking, eventually I would have had to call the sheriff, and a deputy would have taken him to the Heartland Humane Society pound.

That’s what almost happened one evening last spring, when another friendly dog washed up at our door, apparently far from home and lost. That one had a license with a phone number, which turned out to be the county’s. At that time of day, the records showing the name that went with the tag were unavailable. So a deputy came and prepared to take our friend to the pound.

Just then, our neighbor Pete showed up. He recognized the visitor as belonging to an address around a few corners and about a half mile away, and the deputy volunteered to take the dog home.

In the latest case, our visitor, a beautiful dog though I can’t identify the breed, moved off and reunited with someone who had apparently come down the road looking for him. They left before I got a chance for a word.

The thing is, I wish people who take on the responsibility of caring for a dog would also make sure to get it not just a license but also an ID tag with an address or a home phone. In Benton County, people have taken out licenses for about 6,900 dogs. County Clerk James Morales guesses that’s probably less than half of the dogs in the county.

I don’t know why dog owners would neglect to get a license. Compared to the cost of having a pet, the fees are cheap: $25 for a one-year regular license, $45 for two and $65 for three years, less for neutered animals. Getting a license requires that dogs be vaccinated against rabies, so important in an area where rabid bats are frequently found.

A license tag would at least have a phone number. But in addition, why not go to Petco or some place and spring for a complete ID? It would be a shame to have to send a dog to the pound because its owner can’t be found. (hh) 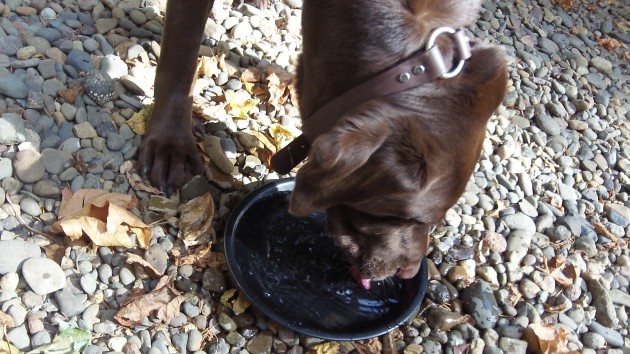 
One response to “Lost and stranded, without ID”