‘Local local:’ Save that woodland

Written May 21st, 2014 by Hasso Hering
Comments: one response. 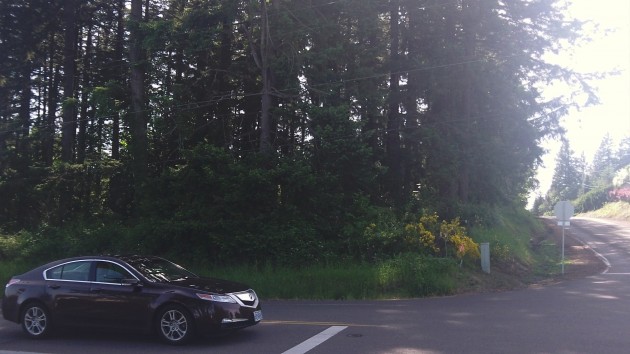 The woods at Crocker and Valley View in North Albany.

On a very local front, whether a stately stand of Douglas firs, oaks and other trees in North Albany is retained or cut down for houses may depend on how expensive nearby street projects turn out to be. The less expensive the street work, the better the chances of turning the woodland into a park.

Here’s the story. In the 1990s, about 47 acres in the southwest corner of Valley View Drive and Crocker Lane, including the forested land, were set to be developed as a three-phase subdivision and the owner waived the right to object to a future assessment for improving Valley View and Crocker, both county roads now, to city standards. Only the southernmost phase of the subdivision was developed, and the waivers will run out in 2016. Before they do, the city staff wants to get going on a local improvement district to upgrade both roads along the property, 2,150 feet on Crocker and 870 feet on Valley View. 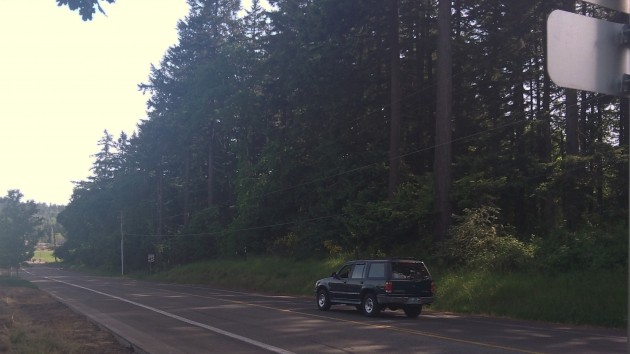 Looking south from the intersection along Crocker Lane.

A new owner interested in developing the property is exploring the notion of donating the wooded part to Benton County, which would then add it to North Albany County Park and perhaps run a trail through it. As an adjacent property owner that would be billed for street assessments, Benton County is not eager to shoulder that cost and in any case wants to know how much it would be before it considers accepting the woodland.

The Albany City Council on May 12 agreed that the engineering staff should initiate the improvement and assessment process with an engineering report to estimate the cost. The report will likely propose that Crocker get the full treatment as a city street but that Valley View be improved to a less-expensive rural standard.

This might not be enough to save that potential park land. From my standpoint, as an occasional user of those streets, usually on my bike, and a Benton County taxpayer, I would not want the county parks department to pay for street improvements unrelated to park use. The county should not have to pay anything for street improvements which, in this semi-rural area, are not truly necessary.

Valley View functions just fine with one wide shoulder for bikes and the occasional jogger. The north end of Crocker does too. The potential for truly urban traffic on these roads is very limited as long as the urban growth boundary there is not extended. Extending it would be a costly mistake and is not, I’m glad to say, in the city’s plans.

Making a long story short: The city should tell Benton County it will not be on the hook for street assessments along that undeveloped woodland so that the county can cheerfully accept the land as part of its park. (hh)

One response to “‘Local local:’ Save that woodland”