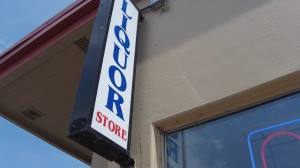 The price of liquor is one point to consider in proposed initiatives.

Would liquor cost more or less in Oregon if the state gave up its monopoly on selling the stuff? Experience in Washington state says that with privatization, the price goes up. But there seems to be some confusion on that point, stirred up by a story in the Salem newspaper a few days ago.

The Associated Press picked up the story, and when the Albany paper ran it, the lead of the story claimed that “Oregon state officials say liquor prices are not likely to change if the system is privatized, as has been proposed in a ballot initiative.”

“State officials”? The only state official quoted in the version that appeared in Albany was Rob Patridge, chairman of the Oregon Liquor Control Commission, and he said nothing like what the lead claimed.

The OLCC was moved to put out a statement distancing itself from any statements on what prices might do if liquor was allowed to be widely sold in supermarkets and other licensed stores. “Contrary to current news reports,” the agency stated archly, “the OLCC has not produced any projections of liquor prices concerning initiatives proposed for the November ballot.”

Who needs projections anyway? After Washington voters ended that state’s liquor monopoly in 2011, prices shot up so much that Washington customers near the state line drove over to Oregon to buy liquor at the state stores. The AP said that Washington prices have come down but remain somewhat higher than before privatization took place.

Several initiatives have been filed to end Oregon’s liquor system. Price may not be the only consideration, but it is one big reason that the Oregon system should not be changed. (hh)


2 responses to “Liquor initiatives: What price?”