Let’s not be afraid 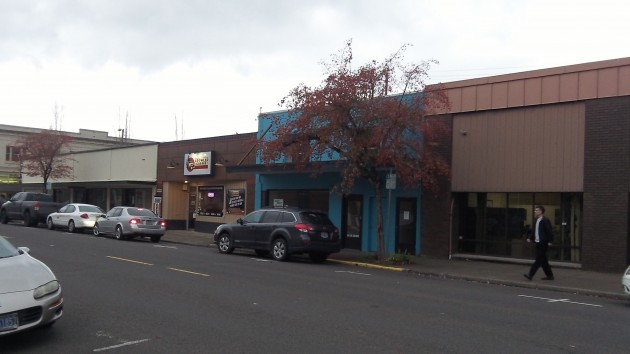 No one would istake Albany’s Third Avenue for a street in Paris, where people are carrying on as usual.

It would not be surprising if some of us are getting nervous about terrorism, given that since last Friday the cable news channels have been feeding us Islamic State video warnings around the clock. So let’s follow the example of customers at a Paris cafe.

The Parisians told a PBS interviewer on Wednesday they would carry on as usual and were not afraid. Then they went back to sipping their drinks.

Also on PBS, on Tuesday, we got the jaw-dropping report by an Afghan photojournalist who had gained access to an Afghan village taken over by Islamic State fighters. (They had blown up a number of village elders, letting everyone know they were more brutal and cruel than the Taliban, whom they had replaced.)

In the village school, viewers of OPB watched little boys being instructed in jihad, complete with Kalashnikovs and hand grenades. What is the goal of jihad, the instructor asked. Answer: Spreading Islam to the entire world. And what’s the gun for? To hit infidels in the head. Even those 5- and 6-year-olds in the Afghan outback will soon realize that their teachers are nuts. Still, it looks as though there is a lot a trouble ahead, for many years.

In Oregon, we are far from the action. But it’s worth remembering that just a few years ago, an impressionable young man who had spent time in Corvallis was ready to set off a bomb at a Portland tree-lighting ceremony. That plot was enabled and then foiled by the FBI. But the would-be bomber had been a willing terrorist, and he was convicted in federal court.

Despite the implications of that case, Oregonians have not been intimidated. They have not shied away from mass gatherings since. There’s no reason to do so now. It’s always wise to be watch out for potential threats, but there’s no reason to crawl into a hole and refuse to come out.

As for refugees from the Middle East or South Asia, Gov. Kate Brown says Oregon will accept some, while governors in many other states have said they won’t. I don’t know that governors have any say at all in who settles where. But if nothing else, Brown is setting a good example in showing that she is not afraid. (hh)