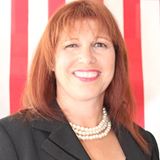 The candidacy of Albany’s Jo Rae Perkins for the U.S. Senate is a long shot, to put it mildly. There are likely to be other candidates for the Republican Senate nomination next year with more experience in elected office, better financing and more statewide name recognition.

In the unlikely event she prevails over all of them for the nomination, she would have to face the historical fact that Republican candidates — especially very conservative Republicans — get nowhere near a statewide office as long as the Portland metro area and Eugene remain parts of the state. But if only sure bets entered our elections as candidates, what would be the point of having elections at all?

Perkins is an unabashed conservative, especially where public spending and government over-regulation are concerned. If the Senate had been populated by a majority of members like her, you can be sure the country would have been spared the complications of Obamacare, especially its costs in freedom and in cash. (hh)