It’s about money, not studying 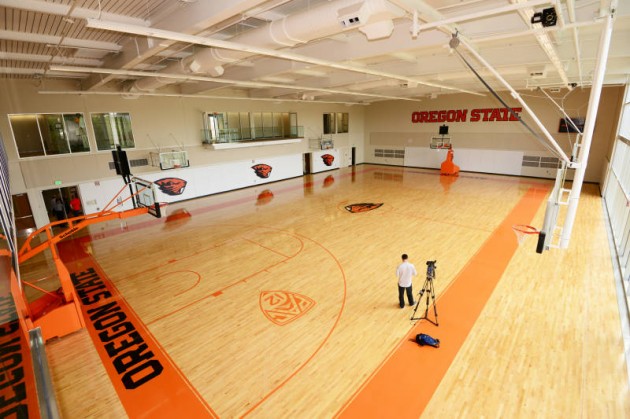 The men’s practice court in the OSU basketball center, which opened in 2013. (OSU photo)

When it comes to big-time college sports, forget all the nonsense you hear about “student-athletes.” It’s not about studying. It’s about money, and there seems to be no shortage of that.

“Deserve”? What has anyone done to “deserve” success? Well, maybe the university figures it deserves more than a mediocre win-loss record for the money it was paying head coach Craig Robinson. He still has 38 months left on his contract, according to news reports, and will be paid about $4.2 million over that period of time if he doesn’t take another job. That comes to $1.4 million a year for not doing anything. Sounds like a pretty good deal for the coach, and a really bad contract for Oregon State.

If the emphasis was on “students,” no coach would be paid that much, and none would be dismissed based on losing games.

What about the so-called “student athletes”? One of the better players at OSU has declared for the NBA draft, another decided to transfer, probably not because he thought he could get more study time at some other school, and a third decided to go play basketball as a pro in Europe. Some students!

At Northwestern several weeks ago, the athletes on the university teams won the right to form a union under federal labor law. That may not be good for college sports, but a least it’s an honest expression of what big-time college sports is: A business with lots of money at stake, and if the top coaches are paid millions, it’s not unreasonable for the players to want a share of that loot. (hh)


3 responses to “It’s about money, not studying”