Increase proposed in plan for apartments 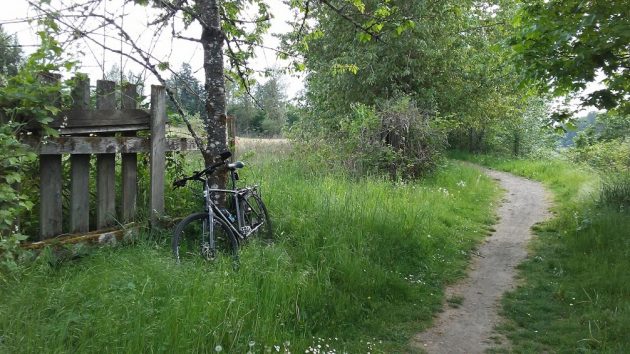 The plan for The Banks shows a 10-foot-wide riverfront walking path here. (May 2019 photo)

Developers of The Banks, a proposed riverfront apartment complex near Bowman Park, have asked for approval of a change in their site plan. They’d like to build 120 units, up from 105 the Albany Planning Commission approved last July.

The city planning division has posted a notice of the application from Salem-based Willamette River View Holdings II. It notified property owners within 1,000 feet and asked for comments by July 1.

At this point the decision is up to the staff. But that could change depending on the feedback, as it did last year when the planning staff submitted the request to the planning commission.

Represented by AKS Engineering and Forestry of Keizer, the applicants say they’d like to increase the number of apartments to generate more rental income, made necessary by a substantial increase in the projected cost of construction and operation of the complex.

The new plan calls for eight three-story buildings and one one-story clubhouse. The apartments would be smaller than originally envisioned, the applicants say, and the new plan would allow for more units with a view of the Willamette River.

The application says the proposal is for “needed housing” as defined in state law, and as such the city must apply only clear development standards and not subjective ones.

The 6-acre site, formerly industrial, is zoned for apartments, and the old site plan met all the city’s standards. So it’s a good bet that the new one does too.

The building height, 36 feet 2 inches, would be less than the previously approved 39 feet. The zoning allows up to 45 feet.

Parking spaces would number 218, one more than before. The density would be 19 units per acre rather than 17.

At a public hearing a year ago, several neighboring residents and property owners opposed this massive addition to what now is a quiet neighborhood of small houses on streets that are only partially improved. But the eventual fate of this site was foreshadowed when the city zoned it for “medium density residential” in 2003. (hh)

The story was edited to correct the number of buildings proposed.

16 responses to “Increase proposed in plan for apartments”