If it moves, get out of the way 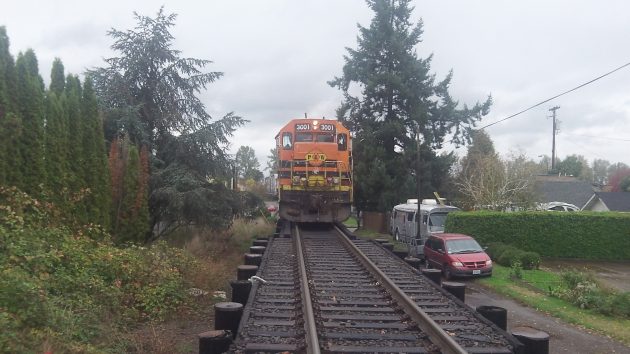 If this train had been moving, it would have been pretty stupid to be standing here taking its photo. But, having crossed the Willamette River on the Albany rail bridge, the train was parked on the track just short of Second Avenue. What an opportunity to take closer look!

You can get a fairly close view of the underside of these diesel-electric locomotives of the Portland & Western when they are waiting at this point, as the trains on the Toledo District or branch often are when they are coming into Albany. Just why they are waiting there I don’t know. Maybe it’s to get into the Albany yard, for the route going the other way, toward the Millersburg yard, should require no wait since the Santiam Lead was completed, with the state’s help, more than a year ago.

The trestle straddles what otherwise would be Lafayette Street, and you can walk almost under the track. So if you’re interested in railroads and especially locomotives — and who isn’t? — stroll down the short block next to the trestle and take a look next time you see a freight waiting on the track. (hh) 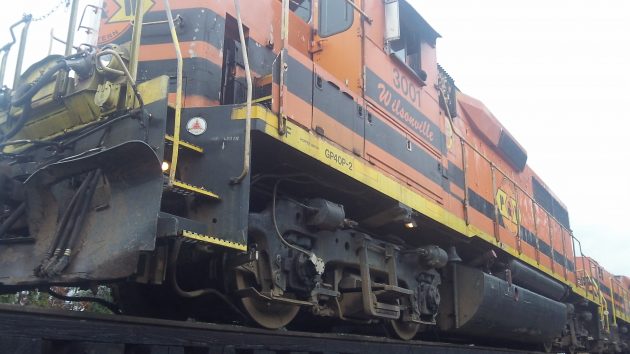 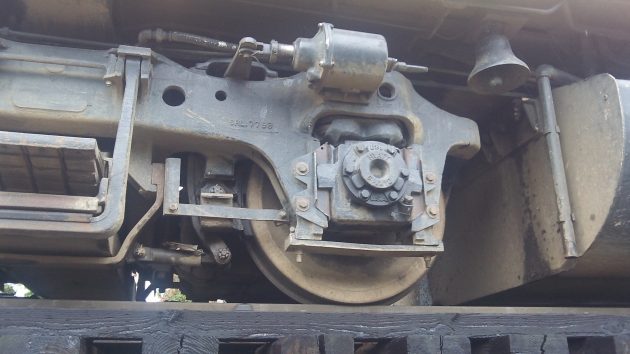