Hunt for cougar bills is on again 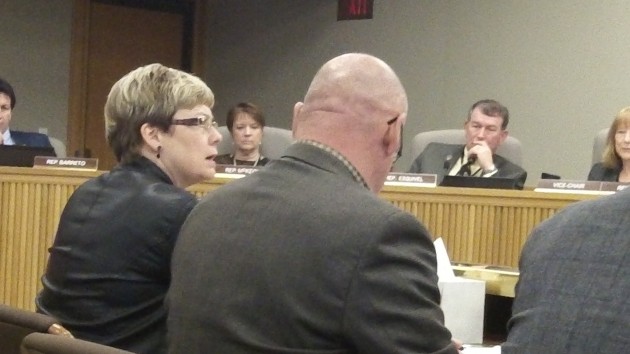 Cougar hunting is before the legislature once again. And after sitting in briefly on a hearing of the House Committee on Agriculture and Natural Resources on Feb. 17, I have to wonder about some of the testimony I heard and the panel got in written form.

Two bills before the committee, HB 2050 and 2181, would lift the ban on hunting mountain lions with dogs in counties where voters approve such an exception from the statewide ban.

Proponents of the bills including the sponsors, Republican Reps. Wayne Krieger of Gold Beach and Sherrie Sprenger of Scio, say the driver behind the bills is public safety. The more cougars are hunted and killed, they say, the less risk to rural school children, livestock and pets. The Oregon Department of Fish and Wildlife, though, says that of the roughly 6,000 mountain lions statewide, about 500 are killed every year, about half of them by hunters without dogs, which is more than the number taken when dog-hunting was legal before 1994. Why are cougars supposed to be a menace to public safety now when they weren’t before even while more are being killed?

Opponents of the bills, Including Jayne Miller of Corvallis, who submitted testimony on behalf of OreCat, oppose the killing of cougars period, with or without hounds. Judging by the numbers, they should be in favor of the bills because the legislation might reduce the numbers of cougars killed. With hound hunting allowed, ODFW would once again impose short hunting seasons and reduce the number of tags.

Also, hound hunting allows shooters to be selective in which cougars they kill. Once they see that a treed animal is a female that likely has cubs, they can leave her alone. That would reduce the number of orphan lions, so you’d think cougar defenders would like that.

From proponents of the bills, I heard this argument: For most hunters, it’s not about killing cougars but finding and tracking them with dogs, trudging through the woods and seeing the cougar treed. But they could do that now. They could leave their rifles at home and take their hounds into the woods and run after them to their hearts’ content. If that’s all they wanted, they would not need these bills.

In the interest of full disclosure, I’m not a hunter myself. As long as food is readily available at the store, I can’t see the point of tracking down wild animals and killing them just for the fun of it. So I have no dog in this hunt. As of now, the House ag committee has scheduled no action on these bills, and if it never does, that’s OK with me. (hh)


3 responses to “Hunt for cougar bills is on again”