How to ruin a fine spring: gun control 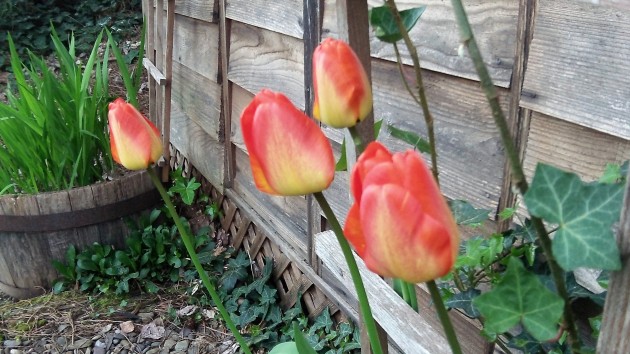 This commentary is not about spring and tulips, but I wish it were.

For a while there, until the clouds rolled back in Sunday night, the pleasant springtime weather made it hard to worry about the dismal state of Oregon politics. But then, ahead of the dark skies, came The Oregonian and reminded us that the leading Democrats in state government are not giving up their quest to further circumscribe citizens’ rights in the name of gun control.

As the Portland paper reported, Governor Brown and Attorney General Rosenblum are exploring “executive action” to restrict a right guaranteed by the Second Amendment and the Oregon Bill of Rights. Rep. Jennifer Williamson, D-Portland, wants to try again in 2017 to pass a prohibition on gun sales when the state police can’t for some reason complete a background check. And Ginny Burdick, the Senate majority leader, is pursuing what the paper called a “court-sanctioned mechanism for removing guns from people believed to be at risk of harming themselves or others.”

That last one is the most subversive. In the February session, before the bill died, the idea was that people could notify the police if they thought someone should be barred from buying a gun for 30 days. But what if the person already had one? The logical next step would be to send the police and search his house and seize all the weapons they could find.

I don’t know whether the backers of this approach fail to recognize the Soviet/Fascist aroma in this idea, or whether they don’t care.

The one question backers of these ideas never ask is what good they would do even if they could be squared with citizens’ constitutional rights. How many people in Oregon have actually run out to try to buy a gun because they feel they have a sudden urge to shoot themselves or someone else?

What the dogged pursuit of these ideas accomplishes is to confirm the fear that campaigners for so-called gun control will never quit. They won’t quit until they have effectively repealed, with a thicket of laws and limitations, a fundamental American right. (hh)


11 responses to “How to ruin a fine spring: gun control”