How to create lots of felons 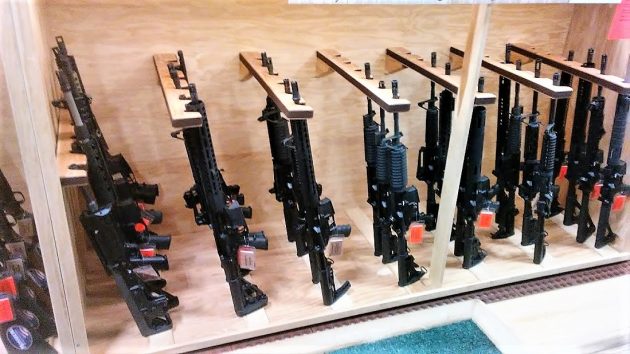 The initiative would ban the sale and possession of rifles like these.

Initiative Petition No. 43, filed with the Oregon state elections office in Salem on Thursday, seeks to ban a certain type of semiautomatic rifle along with most semiautomatic pistols and their magazines. If it passes, how would this be enforced?

The proposal by three Portland petitioners needs 1,000 signatures in order to get a ballot title. Then, it needs about 88,000 signatures by July 6 to get on the ballot for the November general election. (Proposal 43 replaces but seems identical to Proposal 42, which was filed a couple of days before and then, for some reason, withdrawn.)

Given the current mobilization of anti-gun sentiment around the country, there’s a good chance we’ll be voting on this in November. And experience in recent elections says it would be a mistake to expect this measure to fail.

So if the initiative becomes law on Jan. 1, 2019, what would be the effect? Owners of the rifles with features described in the text — pistol grips, barrel shrouds and so forth — would have to get rid of them within 120 days or register them with the state police. The same for owners of semiautomatic handguns and magazines capable of being loaded with more than 10 rounds.

After that, people caught possessing any of the prohibited items could be charged with a Class B felony, which is punishable by up to 10 years in prison and a $250,000 fine. So the risk of defying the new ban would be great.

I don’t have the numbers but assume that tens of thousands of people in Oregon own the type of semiautomatic pistol that would be banned. Each would have more than one of the prohibited magazines. Even if the guns are signed up as the measure requires, how would you register the magazines with the police? The measure says owners would have to supply “information sufficient to identify” each magazine. All magazines for a certain make of weapon look the same, so how could they be identified?

In short, carrying out this proposal would be difficult at best, and the number of violations — either willful and defiant or inadvertent — would likely be large. So one likely consequence of this initiative is that a whole lot of previously law-abiding Oregon taxpayers, probably numbering in the thousands or tens of thousands, people who pose no threat to anyone — would become felons 120 days after the measure takes effect. (hh)

23 responses to “How to create lots of felons”