How Independence got its hotel 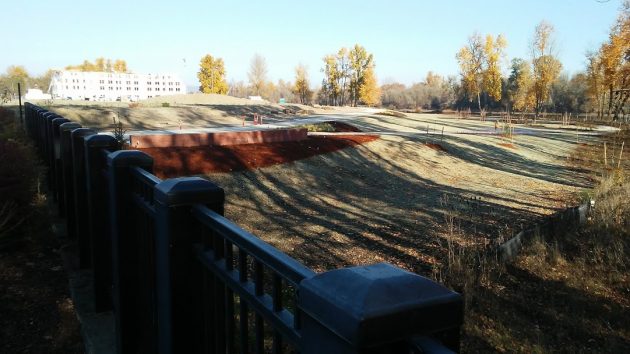 The city of Independence wanted a riverside hotel and now it’s getting one. To learn how the town of 10,000 did it, I took the 20-minute drive there from Albany on Monday.

At the Independence Civic Center, a $13 million project completed in 2011, I talked with David Clyne, the city manager retiring at the end of this year, and Shawn Irvine, the city’s economic development director. Back at my desk later, I also talked on the phone with John McArdle, the mayor of Independence since 1999.

The hotel is just one part of what’s become known as Independence Landing, which also includes a sprawling park on the Willamette and 110 planned apartments and 14 townhouses above the river’s floodplain. So how did they do it?

“Political will,” said Clyne. From Mayor McArdle, the answers I got included “a common vision” and a “clear direction” –more than 1,000 people were reached in the early planning — and then working doggedly in carrying out the plan with “not a lot of screaming and hollering.”

Then there was money, geography and opportunity. In 2000 the city formed an urban renewal district that helped finance things. When a riverside gravel and ready-mix company folded, the city acquired the land along with a former railroad right of way along the river.  Then the town spent about $3 million to make the land suitable for development.

Finally, the city negotiated development agreements. The main one is with Tokola Properties of Gresham, which is building the 75-room Independence Hotel along with the apartments and townhouses. One of the conditions: They had to build the hotel first.

Independence wants the hotel as part of its plan to bring more people to its downtown, dressed up with “streetscape” improvements and refurbished historical buildings over the last few years. The town counts on becoming a destination for people visiting Polk County’s growing wine industry. It also expects Western Oregon University in neighboring Monmouth to be a draw for potential guests.

Clyne told me the city would not have supported the development financially without a good prospect of returns. It expects around $600,000 a year in revenue from hotel property and room taxes.

There are a whole lot of dollar figures and other eye-glazing details that I’m not getting into here. If you want them, check the material available on Independence Landing here.

What do the voters of Independence think of all this? If they didn’t like redevelopment to continue, McArdle said or implied in his latest re-election campaign, they should vote for the other guy. On Nov. 6 the longtime mayor was returned to office by 19 points. (hh)


19 responses to “How Independence got its hotel”