How high’s the water Mama?

On Thursday afternoon on the central Oregon coast, it actually looked as though the sea level had taken a sudden jump.

So, were we seeing the oft-predicted rise in the level of the oceans because of climate change? Hardly. It was a high tide, and the high tide was pushed a little farther up the beaches and the rocks than usual because a stiff southwest breeze piled up a fairly respectable system of waves.

Even though sea level rise because of global climate change seems to be in the newspapers and on TV every other week, this is mainly because somebody is driving the agenda. Nothing much is really happening. The reports are about predictions and models. The general reader has no way to dispute them. And the notion that we’re somehow threatened by a gradual increase in mean sea level can sound nice and ominous. So it’s a fine yet safe thing to cover on a day when a new “study” has come out and things are otherwise slow.

The news would be more factual and less speculative — and probably more interesting — if we covered things that could be observed and demonstrated to be true.

And as for warming? I don’t know about the globe, but on the beach it was, finally, even in the wind, almost warm. (hh) 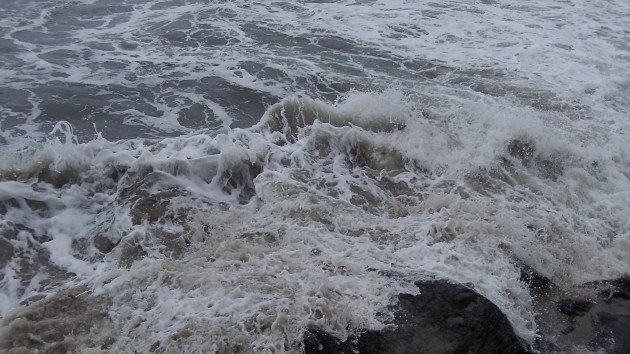 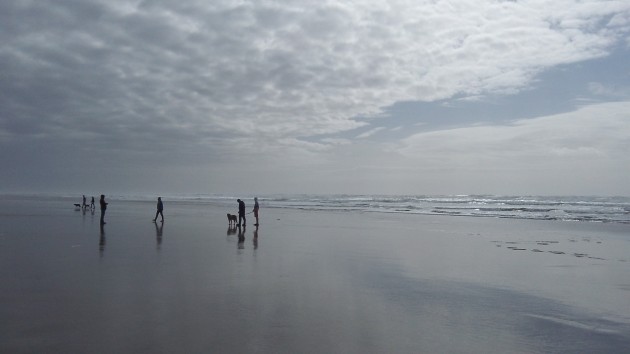 No matter how high the tide has been, it always goes out again.

8 responses to “How high’s the water Mama?”