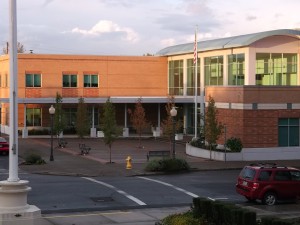 A local story illustrates why there is no hope of reforming our government and reversing the drive for more costly, federal  control. There would have been no hope for such reforms even if Obama had not been re-elected.

Albany and surrounding towns are forming a metropolitan planning organization (MPO) for transportation planning. Whether they want to or not, federal law says they have to do this if they want to keep getting federal money for streets, roads and especially public transit.

Albany could say no. But then, it would have to say goodbye to hundreds of thousands of dollars every year that now pay for the local bus system. But since it’s saying yes, it probaby will get even more money for the bus operation, small as it is. That’s the way the federal system works: It promises local agencies money if they do what Congress wants. If if they don’t, the feds take the money away.

It’s worked like this since the 1960s, which is why federal regulations now govern just about everything, regardless of what the Constitution says about the federal government’s proper role. In the case of local transportation planning, the system also wastes money.

The government will pay the MPO to organize and administer itself — some $240,000 a year if the Albany and Corvallis MPOs go together on administration. But Albany, Corvallis, their two counties and ODOT already work together on transportation issues. So not only is the MPO not necessary, but the additional money for administration need not be spent at all and is a total waste of public funds. (hh)