Albany housing: In the pipeline or being built 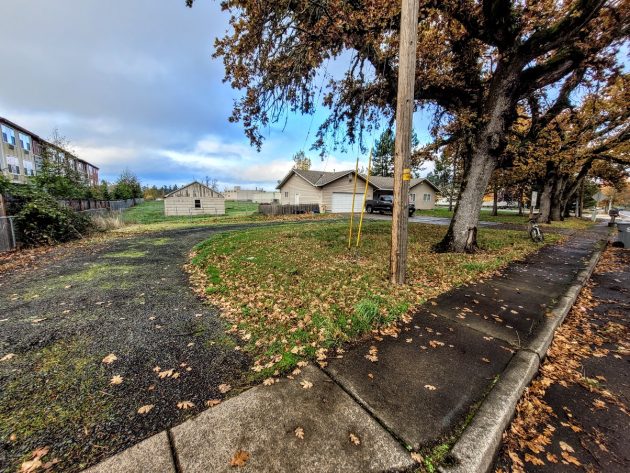 A site plan proposed to the city calls for 22 apartments to be built behind this house at 2941 Salem Ave. S.E. The shed would go. At left, Waverly Place Assisted Living.

Housing is being added in Albany at a steady pace and in many variations of type and size, and the planning for more continues.

On Monday, Nov. 8, for example, the Albany Planning Commission will hold hearings on a proposed site plan for 22 apartments on Southeast Salem Avenue and a preliminary plat for a 23-lot subdivision on 7.5 acres on Northwest Gibson Hill Road.

The apartments are being planned behind an existing house at 2941 Salem Ave. S.E., on a long and narrow lot that stretches from Salem Avenue to the Union Pacific rail line, between Waverly Place Assisted Living on one side and the Wright Prototype machine shop on the other.  The plan would preserve the house on Salem as well as, presumably, the trees lining  the street.

The subdivision, proposed in two phases, would extend south from 3118 Gibson Hill Road. It’s to be called Riverwood Crossing, and eight trees would be felled.

These are among about a dozen housing-related development projects listed since June on the Albany Planning Division’s website. Some are shown as still under review and others as already approved.

In size, they range from a single two-unit duplex at 6122  Pacific Blvd. S.W., to the Meadowlark Subdivision of 113 detached single-family houses on Southeast Lochner Road.

In between on the size range are projects such as one for 16 three-bedroom townhouses with garages on about one acre at the corner of Southwest 53rd Avenue and Willetta Street. There’s also a 15-lot phased subdivision at 1294 West Thornton Lake Drive in North Albany.

There also are at least two pending projects for new types of housing downtown — apartments above stores in one case, and attached townhouses in the other.

Three major housing projects are off the “under review” list because they’re already under construction.

Another is “Brandis Meadows,” a complex of 268 apartments on Timber Street, just south of the Knox Butte roundabout.

Yet another is Henshaw Farms, a traditional subdivision of more than 200 lots for detached single-family houses at Columbus Street and Ellingson Road.

Growth and development, pro and con, were one main subject of discussion by City Manager Peter Troedsson, other city officials and a handful of other residents Thursday night during a community conversation at the DeLuxe Brewing Co.

In line with a legislative mandate, Albany is adopting changes in its development code to allow and encourage more so-called “middle housing.” As the list of current projects suggests, developers are still concentrating on apartments and detached houses for single families. But already, some builders are planning other types as well. (hh)

The story has been edited to correct the date of the upcoming planning commission hearing, which is this  coming Monday and not, of course, in April. 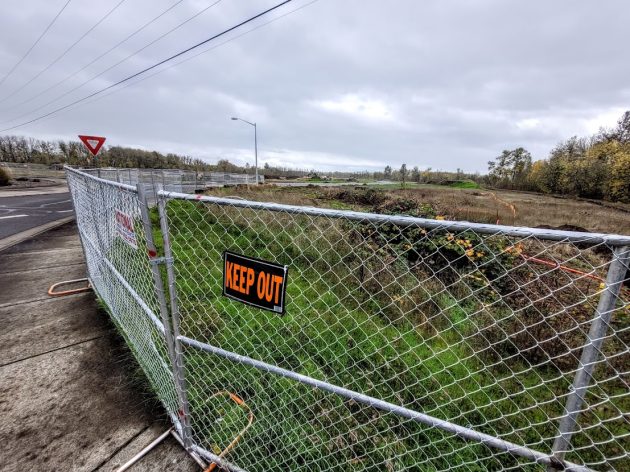 The 268-unit Brandis Meadows apartments are being built here, south of the Knox Butte roundabout. 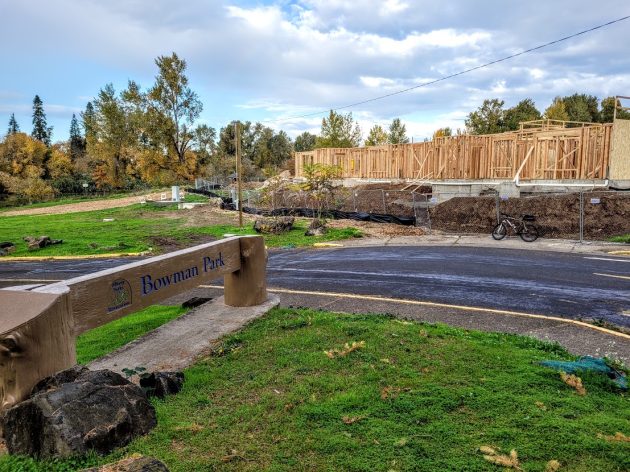 “The Banks” apartments under construction opposite Bowman Park.


9 responses to “Albany housing: In the pipeline or being built”