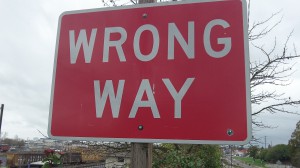 This should be a warning sign for the Oregon House Revenue Committee as it considers various ways to drive holes into the property tax limit.

There’s no shortage of proposals in the legislature to force property owners to pay higher taxes. The Revenue Committee of the Oregon House has scheduled a public hearing on a bunch of them for Thursday, March 7.

You remember Measure 5, Don McIntire’s initiative we passed in 1990, which eventually limited property taxes to $5 per thousand dollars of market value for schools and $10 for other local government. Then came Measure 50 in 1997, which rolled back the taxable value to 1995 levels and limited its annual growth to 3 percent, while also making the existing tax rates permanent. Changing any of this would require amending the constitution, and various bills would ask voters to do just that.

HJR 7, for example, would allow voters to increase the school tax limit from $5 to $7.50 and increase the permanent tax rates for schools. HJR 8 would allow local option levies to be outside the limits of Measure 5. HJR 13 would reset and increase the taxable value of properties when certain changes take place. And there are other measures that seek similar increases.

Let’s just remember that Oregon property taxes were a big problem for many homeowners before Measures 5 and 50. That’s why those limits were voted in. Also remember that school districts and other local governments could always spend more money if they had it. Then imagine what will happen if the voters allow the property tax limits to be relaxed. For homeowners who are not rich, all these changes are a bad deal. (hh)