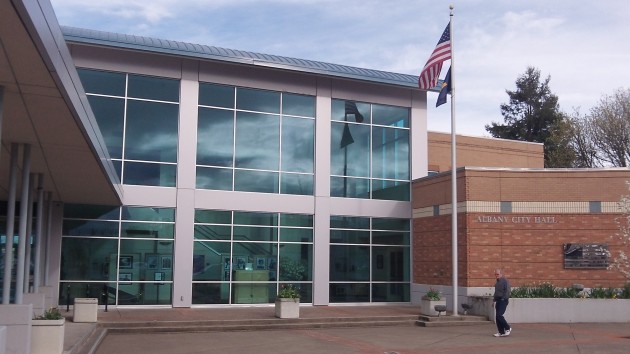 If you doubt that state authorities were wrong in fining the Albany city manager for a press release about last fall’s city bond election, read the state’s own legal brief and your doubts will vanish. The state’s brief claims that Wes Hare violated the election law by making an impartial statement, but the facts and what the law actually says make it plain that he did no such thing. 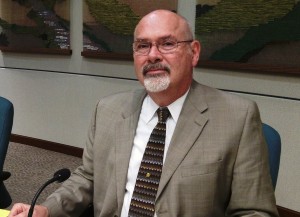 City Attorney Jim Delapoer is contesting the case on Wes Hare’s behalf at no cost to the city.

City Attorney Jim Delapoer is contesting the state’s penalty at no additional cost to the city on the grounds that an important principle — the right to write and speak freely “on any subject whatever” as guaranteed in the Oregon constitution — is under attack and needs defending. He and his associate, Sean Kidd, have written a response to the state’s motion to have the case decided for the state without a hearing. It’s an excellent response, but non-lawyers can reach the right conclusion without it  just by reading the state’s own motion for a “summary determination.”

Here’s my take: The law is intended to prevent electioneering on the public’s dime. In its pertinent part the law says: “No public employee shall … promote or oppose … the adoption of a measure … while on the job during working hours. However, this section does not restrict the right of a public employee to express personal political views.”

What Hare had done, in line with a directive from the city council, was to issue a press release announcing that the council had voted to form a citizens committee to review the construction projects then being proposed. The press release concluded with this reminder: “Voting is under way on a 20-year general obligation bond measure that would provide $20.3 million to be used to replace both the Albany Fire Station 11 and the Albany Police Department building. The election ends November 5, 2013.”

The state wants to penalize Hare based on a manual purporting to explain what the law means. The manual says that in order to be impartial, material issued by public officials in regard to bond elections must include “the cost of the measure to an individual taxpayer or consumer. … In the context of a bond levy, this is generally the cost per $1,000 of assessed value. The cost must not be worded in a way to minimize it.”

As a law based on which citizens who are public officials may be threatened with punishment, this is so imprecise as to be laughable. How can anyone know in advance whether an official at the Oregon Elections Division in Salem will think any wording “minimizes” the cost? And what is the “cost”? The proper term here is the “tax rate,” which will have a different cost effect on people based on their circumstances.

What about the manual’s reference to “consumers”? What consumers? How can anyone tell how an estimated tax rate affects consumers?

In short, the state relies on an administrative rule in the form of a manual written as a guide, but this guide goes far beyond the law itself and veers off into vague concepts such as the cost for consumers, concepts that public officials faced with communicating with the public are supposed to divine the meaning of. And if they get it wrong, they might be branded as law violators.

Back to the facts: The law properly prohibits public officials from promoting or opposing ballot measures with public money and on the public’s time. Read the press release again. It promotes nothing. It opposes nothing. It reports a council action. It reminds people of an election. It says when the election ends. The state, citing a vague administrative rule, claims the press release was illegal advocacy. In this case, as the law itself and the facts prove, the state has no case. (hh)