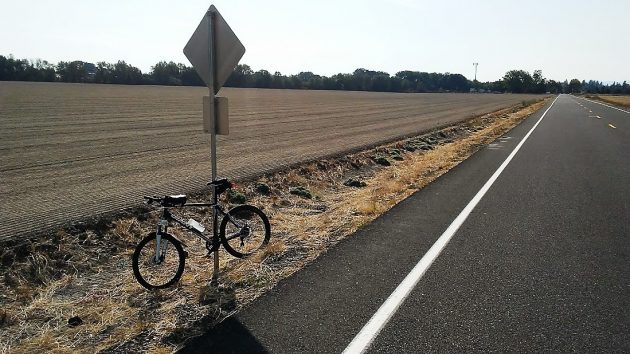 This farm land along Ellingson Road is owned by SVC Manufacturing Inc, a PepsiCo subsidiary, and zoned for industrial development.

PepsiCo has been unable so far to sell the large tract at the south end of Albany it bought about 10 years ago for a Gatorade manufacturing and bottling plant that was never built. Now it will try again to sell the land, and the city council is willing to help.

Under the terms of the 2010 settlement with the city after PepsiCo canceled the Gatorade project, the company paid Albany $20 million right away and agreed to pay another $5 million when it sold the land. The company has been asking about $20 million for the property.

The property on the south side of Ellingson Road measures roughly 400 acres, with about 241 acres of the total usable for industrial development. The site has been zoned IP, or “industrial park,” but it remains in farm use.

The company recently asked the city if it would accept less than the $5 million if that would help sell the land, and the council discussed it at an executive session. I wasn’t there and asked about it afterward. Assistant City Manager Jorge Salinas replied: “During the Sept. 13 executive session, we obtained direction to let PepsiCo know that the city may have some flexibility if the right developer or company was interested. The flexibility for some or all of the proceeds could be used as an economic development incentive.”

PepsiCo had taken the property off the market, I’m told. Now, informed of the city council’s view, the company plans to relist the land with an agent experienced in the local market.

One hurdle to buying the land for a big industrial plant is the development cost, which includes providing access from US 99E (Pacific Boulevard). The Gatorade project would have required an eastward extension of 53rd Avenue, including a bridge across the Union Pacific tracks. At Ellingson Road, the tracks are considered too close to the highway to allow for all the truck movements a big industry would likely entail.

Albany had formed an urban renewal district to finance the new road and bridge when the Gatorade project was still alive. The city dissolved that district after the project died.

After the settlement left the city with $18.5 million in unexpected cash ($1.5 million had been paid to the law firm that negotiated the deal), then-City Attorney Jim Delapoer proposed using most of the windfall to build the road and bridge needed to make the Gatorade land usable for industry. The council considered it but eventually set the settlement money aside as a reserve. Most of the cash has been spent on other projects in the years since. (hh)