From car lot to body shop 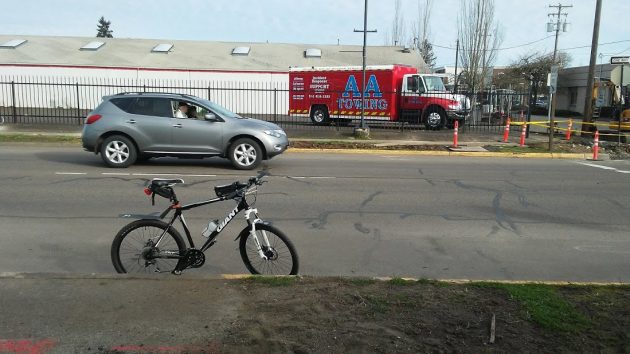 The new owner of the former MTM car lot on Ellsworth is also a part-owner of AA Towing, which explains the tow trucks parked there lately as advertising.

The former GMC and Buick car lot at 505 Ellsworth St. S.W. in Albany is destined to become a body shop. That’s the word from Steven R. Perlenfein, owner of Main Auto Body, who bought the property from Mark and Kathleen Thomas last month.

When I reached him Wednesday, Perlenfein told me he plans to move his body and paint shops to the former Mark Thomas Motors car dealership, which occupied the city block between Ellsworth and Lyon streets and Fifth and Sixth avenues until it closed last summer. He plans to sell or lease his present body shop locations, on First and Second avenues.

He has an architect working on a 3,000-square-foot addition on the car lot. And he won’t need the former show room, which he hopes to convert to office space.

What with getting bids for the construction and city permits and land use approvals, Perlenfein figures that by the time he’s be in business at his new address it will be the end of the year.

Together with Vann Beckner, Perlenfein also owns AA Towing. That’s why for a few weeks, tow trucks have been parked on both the Lyon and Ellsworth sides of the site. Might as well use the place for advertising while it’s sitting vacant with no other use. (hh)


7 responses to “From car lot to body shop”