Five bike bills: Who needs them? 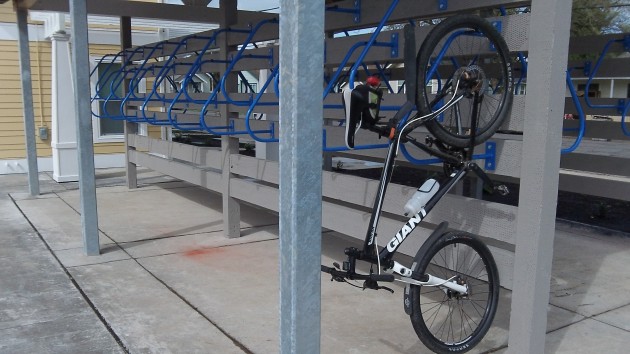 Five bills specifically dealing with bicycles are pending in the Oregon legislature, and so far none of them is going anywhere, which is fine because only one of them is mildly helpful.

The slightly helpful one is Senate Bill 861. It would provide that if somebody attaches an electronic locating device on his  bike and the bike is stolen, and the locating device then is detected, a judge would have to consider this development as probable cause to issue a search warrant for the place where the device is pinging, or whatever it’s doing.

You’d think that this would be obvious, but you’re forgetting the evidently byzantine nature of Oregon procedures and laws. I don’t know anybody who has a locator beacon mounted on his bike, so maybe that’s why I don’t see this bill as all that crucial.

As for the others:

SB 177 and SB 551, both introduced by Republican Sen. Brian Boquist of Dallas at the request of different constiuents, would require bicycles to be registered and fees paid. Both bills have other unnecessary provisions, and SB 177 would also ban the the use of the highway fund for bike lanes or trails. That’s the thing to do if you want more Oregonians to be killed on the roads and more motorists running the risk of hitting somebody.

Speaking of which, House Bill 2256 deals with insurance. The summary says: “Requires personal injury protection policy to include coverage for injury or death that person who operates or rides upon bicycle or other human-powered vehicle suffers as a result of insured vehicle striking person.” If the vehicle is insured, you’d think this would be covered by the liability coverage already required.

And then there’s HB 3255, which would create the offense of “failure to wear reflective clothing.”  It says that if a bicycle rider fails to wear reflective gear between sunset and sunrise, he could be hit with a $250 fine. Think of the people riding bikes on rainy winter nights in dark clothes. It’s dangerous to do so, but they do it because they have no other transportation and no other clothes. All they need now is a $250 fine.

You’d think our legislators would think through their bills before they introduce them. Well, think again. (hh)


9 responses to “Five bike bills: Who needs them?”