Fish of Albany gets a new, bigger home 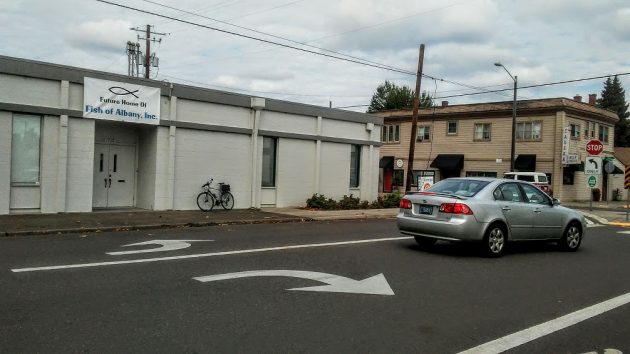 The new headquarters of Fish, the Albany charity, at Second Avenue and Main Street, across Main from the Linger Longer tavern.

Fish of Albany Inc., the nonprofit that in emergencies helps hundreds of people a week with necessities, is about to consolidate its operations at a new address.

For years the organization has operated out of four properties, on Hill Street and 12th Avenue. Now it has sold all four and purchased, for $725,000, an office building of slightly more than 7,000 square feet at 1035 Second Ave. S.E., on the northwest corner of Second and Main.

The place has enough space to accommodate everything that Fish does, such as providing emergency food and clothing.

Holly Ryan, the executive director, said Fish will make the move next week. It will be closed from Sept. 28 until Oct. 12, giving itself two weeks to get everything moved and organized. Fish has notified other food banks that they may see an uptick in requests for help during this time.

The sale of the four properties was pretty quick and yielded almost enough to cover the price of the new place, Ryan told me, but there was a gap and the organization will have a capital campaign to raise money.

Fish helps about 300 families a week with its food pantry, and it gets about 200 requests at its clothes closet.

On its website, Fish explains: “Fish is a cooperative effort begun in 1973 by civic leaders and churches. Over the years, Fish programs have assisted with clothing, transportation, medicine, food and shelter. The organization is run by volunteers and funded by local churches, United Way of Linn County, private donations and foundation grants. The number of persons served by Fish annually increased from 4,968 in 1981 to over 27,800 in 2013 and continues to grow.”

They help people in need in the Albany area and sometimes people passing through. They do this without any fanfare, and they can always use help. So if you can afford it, keep Fish in mind when they run their food drives or other campaigns. (hh)


10 responses to “Fish of Albany gets a new, bigger home”