Written May 4th, 2021 by Hasso Hering
Comments: one response. 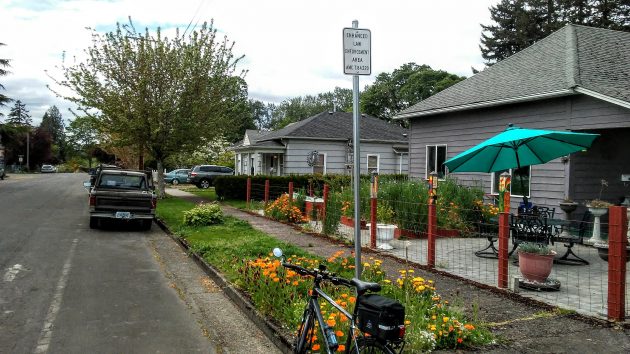 See that little sign? It’s on Front Avenue near Pine Street, on the east side of the enforcement zone.

The city council has asked for a report on Albany’s so-called Enhanced Law Enforcement Area, including how often it has been enforced. Another question might be: Does the public know what or where it is?

The signs designating this area are small and discrete. And I’ve seen only two, one on Elm Street, the area’s western boundary, and the other near Pine Street on the east side. There may be more, but I have not found them.

This is the section of the code enacted in March 2018 at the request of the Albany police. It says that someone convicted of three offenses within a specific area of town within six months may be charged with the crime of “persistent violation” and barred from the specified area for a period of three months to a year.

Last month the council was asked to repeal that section. That’s why the council asked for a report.

In 2019 I reported that only one person, a man in his 60s who often appeared in city court for minor offenses, had been convicted under this section. He was barred from the area for three months.

Whether he stayed out as ordered, or whether anybody kept tabs on him to check, I don’t know.

Nobody else has been temporarily banished from central Albany under this section. September Ridgeway, the supervisor in Municipal Court, told me only one person has ever been convicted under AMC 7.84.220, and we already know about that case.

As for the enhanced enforcement area, it extends from Elm to Pine Street and from Pacific Boulevard, including Albany Station, to the Willamette River.

But nobody would know that from the signage alone. (hh) 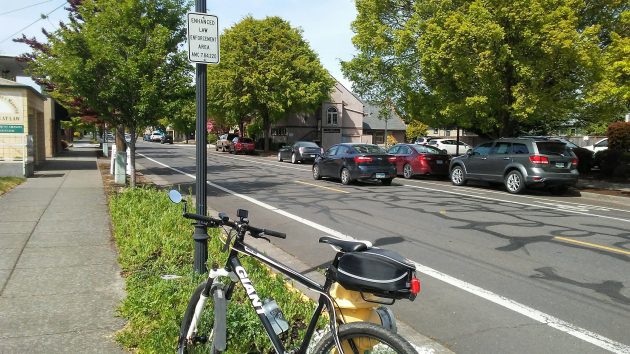 And this one is on the west side of the zone, on Elm Street


One response to “‘Enhanced enforcement area:’ What signs mean”