East-west ‘avenues’ — but why? 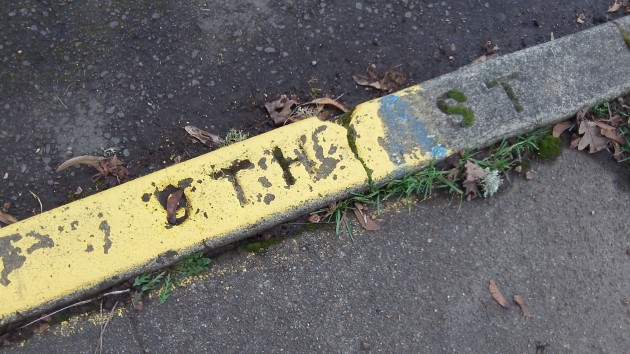 Ninth Avenue was once a simple “street,” as the old concrete curb still has it.

The world faces many pressing issues, and this is about none of them. Instead, it’s about the nagging and so far unanswered question of why some of Albany’s city streets including all the numbered ones are designated “avenues” while others are simply “streets.”

The city’s street standards provide that east-west streets are avenues while their cross streets are streets. (There are exceptions, Hickory Street being one.)

It wasn’t always thus, as you notice when you keep your eyes on the ground when you walk around the old parts of town. When the streets were built, maybe up to a century ago, the workers often inscribed the street names on the concrete curbs. However old those curbs are, the inscriptions remain. And they tell us that the numbered avenues in the old town were not avenues at all. They were streets, just like their north-south counterparts.

So why the change, and when did it take place?

As for the reason, I’m inviting old-timers to scrounge around in their memories and come up with the answer. But as for the timing, Gordon Steffensmeier in the city’s engineering section discovered something.

“I looked at old surveys in the downtown area,” Steffensmeier reports in an email. “All the surveys I found prior to 1949-1950 labeled Water, First, Second, etc., as ‘Street.’ All of the surveys I found after that time labeled them ‘Avenue.’ So, it seems that something happened around 1949-50 which changed all those numbered ‘Streets’ into ‘Avenues.'”

He looked, in vain, for an ordinance or city council resolution that made the change. “But it seems that it must have happened around that timeframe.” Certainly does. I’m grateful for the information and hope that digging it up didn’t keep Gordon from more urgent work.

As for the reason for the change to “avenues,” it would still be interesting to know. For as the old curb inscriptions prove, there’s no practical need to call them anything but streets. (hh) 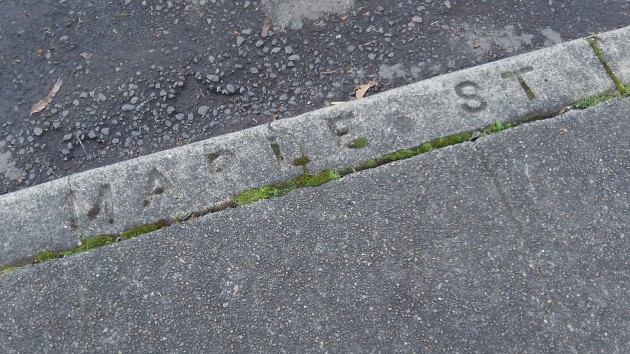 Here’s Maple Street at Ninth. What would be confusing about two intersecting “streets”?