Deprived of a chance to vote? Not so fast 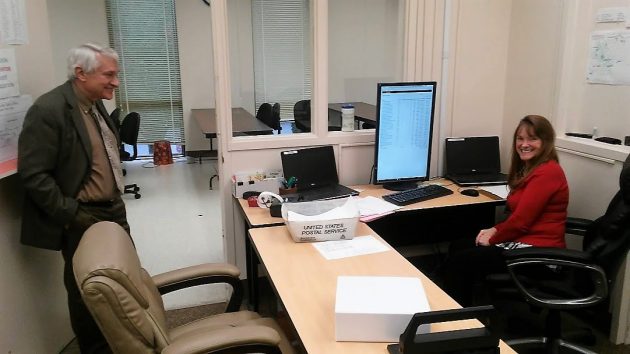 Facebook last week reverberated with a complaint from a Lebanon mother that a particular set of circumstances resulted in her son being deprived of a chance to vote. I looked into it, and the upshot is that he can vote after all if he wants.

The complaint was that the son, 28 years old and living in Lebanon, didn’t get a ballot; the clerk’s office told the mother when she called that he was not mailed a ballot because in a previous election the signature on the ballot envelope didn’t match his; his work schedule kept him from contacting the courthouse to straighten this out; and therefore he could not vote.

There’s a process, obviously. When ballots come in, the envelopes are scanned to see that voters have signed them and the signatures match the ones on file. Questioned envelopes are examined by two staff members. If both see no signature match and Druckenmiller agrees, the sealed envelope (with the ballot still inside) is challenged and set aside. The clerk’s office then mails a letter and a new registration card, inviting the voter to submit the new card so the ballot can be counted.

In the Lebanon case, the mother recalls no such mailing. It’s possible there was a breakdown  somewhere along the line.

Marcie Richey told me the clerk’s office challenged the signature on the son’s ballot in the Jan. 23 special election on a statewide health tax referendum. A letter presumably went out to him then, but I could not pin this down at this late date. When the clerk got no response, the man’s voter registration status was changed to “inactive.”

On Aug. 8, though, according to an “audit log” Richey told me about, the state election database generated a “confirmation card” telling the voter about his inactive status and how to become active again. Nobody seems to remember that card having been received.

Regardless of missed connections in the past, it’s not too late in this case. I learned — and passed the information on — that the voter can activate his registration online without having to take time from work. He’ll be mailed a ballot and can deposit it in a drop box before the 8 p.m. Nov. 6 deadline.

The mother let me know late Monday that her son “registered online today. If all goes well, they will be sending a ballot.”

Problem solved, it seems. Let’s hope the various Facebook critics of our elections system get the word. (hh)


11 responses to “Deprived of a chance to vote? Not so fast”