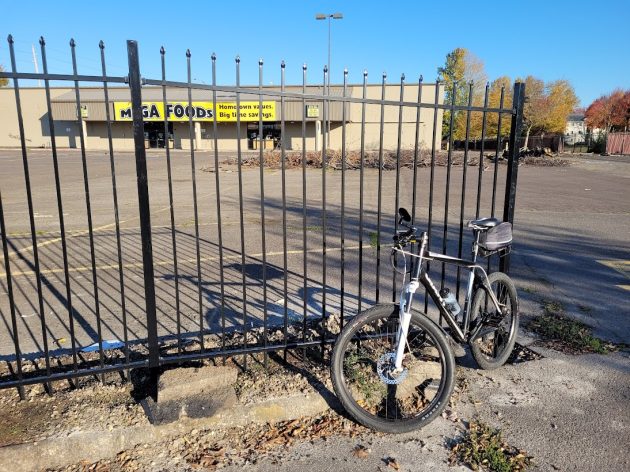 A sturdy new metal fence at the former Mega Foods supermarket on Queen Avenue was still unfinished on Tuesday.

It seems as though every few days someone asks me what’s happening at the former Mega Foods supermarket in Albany.

But the only thing that has happened since I checked last month is that now a fence is being built around part of the parking lot. It’s a simple but handsome metal fence — steel, I assume — and looks intended to be permanent.

The new owner of the property, Mega Investments LLC, is putting up the fence after intruders broke into the vacant former store building, I was told at the City of Albany Planning Division.

The fence will enclose the parking area for what likely will become storage units inside the former store.

Mega Investments has filed a land-use application for dividing the property and rezoning the southern portion for apartments. That’s a grassy area next to the Periwinkle Creek Apartments.

The investment LLC is headed or managed by Sona Athwal, who lives on Seven Mile Lane southeast of Albany. Two other members are from Salem, according to the business registry of the Oregon secretary of state.

The supermarket, at 2000 Queen Ave S.E., closed five years ago. Online records of Linn County still show the former owner, with an address at the Mega Foods store in Salem. The land-use application was filed for the new owner, I learned at City Hall.

The application is not complete, so the planning division has not yet put it out in the form of a public notice.

When that happens, the public may learn a little more about what’s in store for this chunk of real estate pretty much in the center of town. (hh) 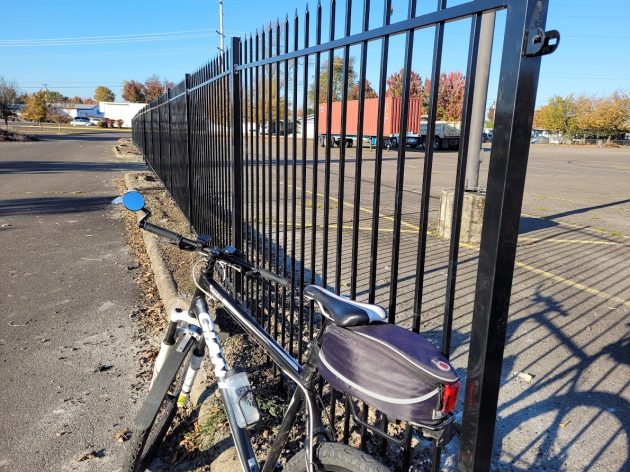 Looking toward Queen Avenue along the new fence.


3 responses to “Curious about old store site: Now, a fence”