Crossing on Queen to be fixed next week 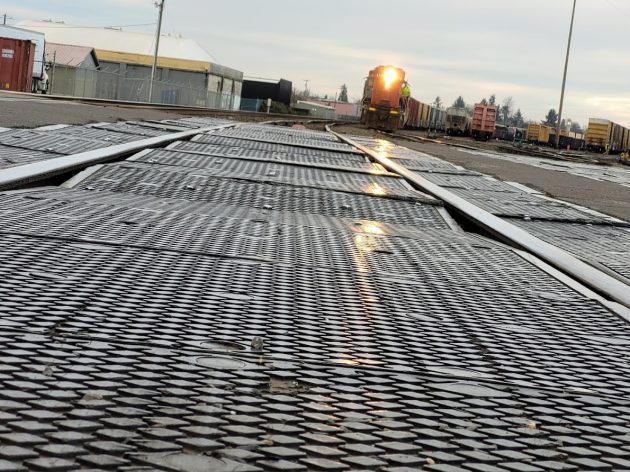 The Queen Avenue railroad crossing, long the bane of Albany motorists because of its extreme bumpiness, is finally going to get fixed starting next week.

To allow the work to go ahead, the crossing will be closed starting Wednesday, Sept. 28, through Sunday, Oct. 2.

The crossing has four tracks. One is the Union Pacific Railroad’s mainline. Trains or the yard engines of the Portland & Western Railroad (PNWR) operate on the other three.

Both the UP and the PNWR will be doing work during the closure. Ron Irish, the citys transportation systems analyst, summarized the plan this way:

— The UP will pull up and reset its mainline track, and this is intended to be a permanent fix.

Then, perhaps in two years, the Oregon Department of Transportation will come back with its long-planned “safety project” at the crossing. This involves new gates, new train-warning signs, and an improved crossing for pedestrians.

At the time of the ODOT project, the PNWR tracks will be reset with concrete panels between the rails. The UP track will not have to be rebuilt again.

Drivers have reason to look forward to a smoother rail crossing on this busy street. As for delays, those will continue to annoy impatient drivers as long as there’s switching going on in the Albany yard. (hh)


11 responses to “Crossing on Queen to be fixed next week”