Crossing on Queen: Another year of bumps 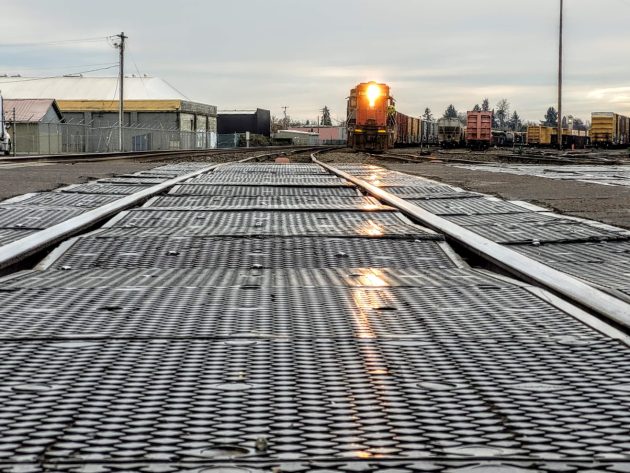 The rail crossing at Queen Avenue: In a car it’s bumpier than it looks from this angle.

Bad news for drivers using the railroad crossing on Albany’s Queen Avenue: A project to fix the uneven crossing is likely to be delayed another year. Instead of being constructed in 2022, it may be done in 2023.

That’s according to an update that Ron Irish, the city’s transportation systems analyst, gave the Albany Bicycle and Pedestrian Commission last month. (As I said in a previous story, I just caught up with the Oct. 26 meeting by listening to an audio recording of it.)

The city for some time has had plans for repaving Queen Avenue from Geary Street west across the railroad tracks to Highway 99E (Pacific Boulevard).

The latest scheduling had envisioned that paving project to be constructed in the summer of 2022. But it has been pushed back a year because it has to wait for the Union Pacific and ODOT-Rail to rebuild the crossing, which as of May 2020 had been expected in 2022 as well.

The crossing work has to be completed before the street paving, and Irish now expects the rail job not to be done until 2023.

ODOT wants to make some changes to improve the safety of the crossing, especially for pedestrians. And in conjunction with that, the railroad is expected to replace the panels in the driving lanes between the tracks.

The state has been working on this since at least 2016, when it presented the plan to the city council, and the Oregon Transportation Commission approved the $1.3 million project in 2017, with construction expected in  2020.

But the thing  got delayed year after year. Why? One possible explanation is that it’s not all that important. Albany motorists worried about their wheel alignments might have a different view. (hh) 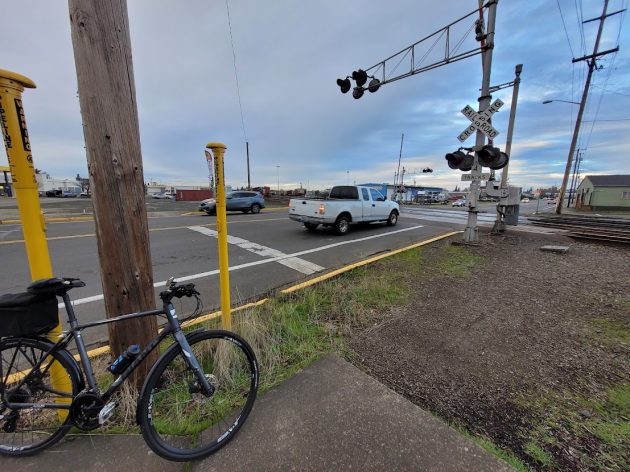 A view of the four-track crossing toward the Albany rail yard on Monday afternoon.


5 responses to “Crossing on Queen: Another year of bumps”