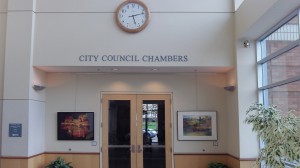 Four Albany City Council members made what could become a big mistake on Wednesday. Councilors Floyd Collins, Ray Kopczynski, Dick Olsen and Bill Coburn voted not to place in the city charter the debt-limit initiative voters had approved in March.

Only Councilors Rich Kellum and Bessie Johnson were against rejecting the voters’ decision this way. Let all Albany voters remember the names: Kellum and Johnson stood up for honoring the outcome of an election above all else.

The majority’s reason for doing otherwise? Based on the state constitution and the wording of the initiative, the city attorney believes the measure required an absolute majority of all registered voters to be approved. But it got only a majority, albeit a substantial one, of those who actually voted.

To mollify angry voters, the council does plan to abide by the measure’s restrictions. It’s a small concession since, given the legal uncertainty, the city has no choice but to go along anyway. The majority’s reasoning regarding the required majority is untested in the courts, as is the 1998 constitutional amendment on which it rests. The upshot: More than 5,000 voters who now have the sense their winning votes are being ignored.

The council had a better alternative, which it did not take: To place the amendment in the charter while officially expressing uncertainty on the question of a majority. Then it could have counted on the supporters of the measure to also support a fix likely to be proposed this fall. Now it can’t. (hh)

Lisa Campbell responds on April 10 (via Facebook):  I think the wording on the measure is on shaky legal ground and I am glad they didn’t put it in the charter as is even if they intend to honor it. I don’t feel they were telling voters to drop dead.

Councilor Ray Kopczynski responded on April 11: “The majority’s reasoning regarding the required majority is untested in the courts, as is the 1998 constitutional amendment on which it rests.”  While that may be true, it would take an unreasonable amount of time and waste of city funds to litigate. The measure as enacted last night is a very serious attempt to minimize that happening albeit still possible. In good conscience, there is no way I could possibly vote to enshrine something into the city charter [constitution] that I honestly believe violates the state constitution.

Ted Salmons responded on April 11: Great editorial. I agree that they have in fact told the voters, “Drop dead we’re the ruling elite and we don’t care how you voted.” I can practically guarantee that if it were an initiative that the board had supported and the vote was the same; they might even have called a special session of the council to vote it into the city charter pronouncing “the people have spoken”. Politicians at all levels pull this kind of trick and I can again practically guarantee that each of these members will be re-elected the next time they run. The memory of the average voter is sadly short. How about sending them a wake up call, Albany?