Council deadlocks on ADUs and boards 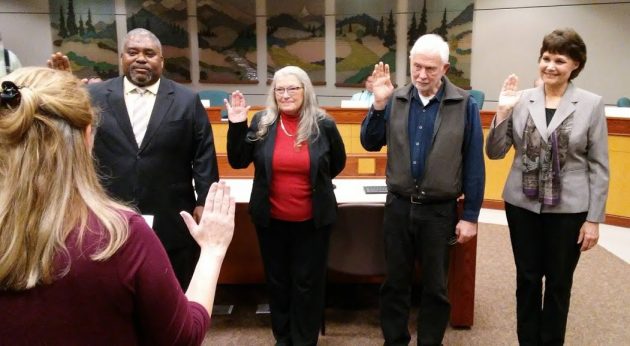 All was sweetness and light at the opening of the first regular meeting of the Albany City Council Wednesday. But it didn’t last as the mayor and councilors argued again about accessory dwelling units and also disagreed on who should appoint city advisory commissions and boards.

At the start, a full house of family and supporters watched Alex Johnson II take over the council seat in Ward 2A from Ray Kopczynski, who didn’t seek re-election and wished his successor good luck. He also left him a note that said, in Latin, “Don’t let the bastards grind you down.”

Also taking their oaths, after being re-elected last fall, were Mayor Sharon Konopa and Councilors Dick Olsen and Bessie Johnson

On accessory dwelling units, Konopa offered what she called a compromise that would allow ADUs on all single-family lots, as the state demands, but keep the current size limit of 750 feet. She would also keep existing requirements on off-street parking and owner occupancy of one of the two units on a lot.

How’s that a compromise, Councilman Rich Kellum wanted to know, since the mayor had taken that position before. Kellum and three other council members had previously voted for up to 900 square feet, no parking requirements, and dropping the ownership regulation. But the mayor vetoed that code change and on Wednesday again declared her opposition. She thinks what the majority wants could destroy Albany’s traditional single-family neighborhoods.

Councilors did agree with the mayor’s suggestion to call a public hearing on the issue in two weeks, which actually will be a continuation of a hearing some time ago. After that, who knows?

Konopa ran into a wall when she brought up an agenda item calling for the ratification of appointments to about a dozen city commissions and advisory boards. About half of those boards are appointed solely by the mayor.

Dick Olsen backed the mayor, but the others, with Kellum and Bessie Johnson voicing this most strongly, want council members to make individual appointments to all the boards, especially the Landmarks Advisory Commission, which was mentioned several times.

Kellum and Bessie Johnson believe Landmarks is dominated by appointees who, as committed preservationists, put unnecessary, costly, and time-consuming demands on property owners wanting to make exterior changes to their properties deemed to be of historic interest.

On Wednesday, the discussion got a little testy at times but eventually petered out with the idea that in a couple of weeks, or some time, maybe, the question of who appoints commissions will be discussed at a work session. In the meantime, the various pending appointments are, well, pending. (hh) 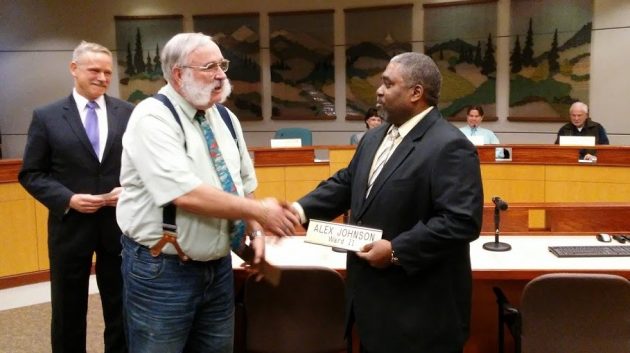 
19 responses to “Council deadlocks on ADUs and boards”