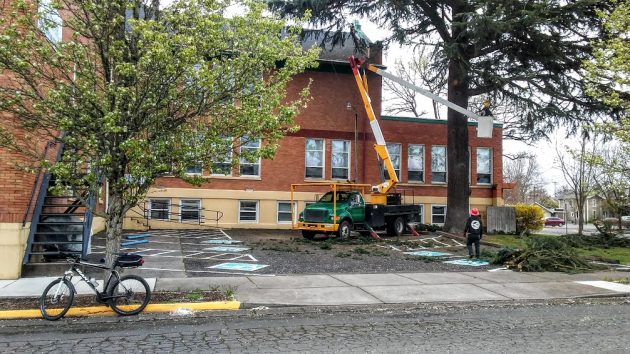 Monday was Day Eight of the Oregon Corona Shutdown, but work continued in various places and ways, especially outdoors, as I noticed on my afternoon ride on the bike.

Looking for signs of life on a ride through parts of Albany Monday afternoon didn’t turn up much — until I got to the central neighborhood around the former Albany High School, which for many decades now has been the home of a church, now called the Willamette Community Church, and the school associated with it.

There, some huge trees in front and behind the venerable building were getting a trim, administered by a crew from Buena Vista Arbor Care.

A couple of blocks away, at Fifth and Railroad, a crew of the Asplundh Tree Service was doing the same on smaller trees near the corner, as you can see below.

Much of the private-sector service economy has ground to a halt because of the measures intended to slow down the virus’s spread. So I was encouraged to see that the jobs of these people, working outdoors, have so far been spared. (hh) 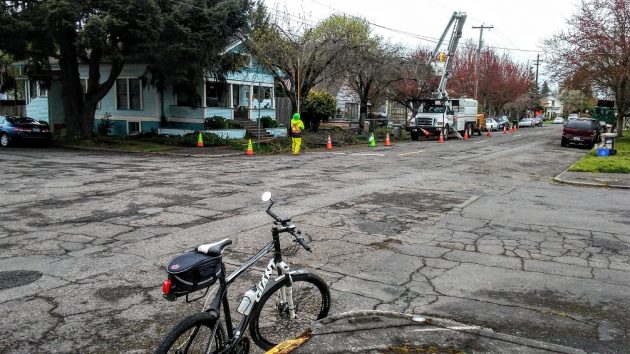