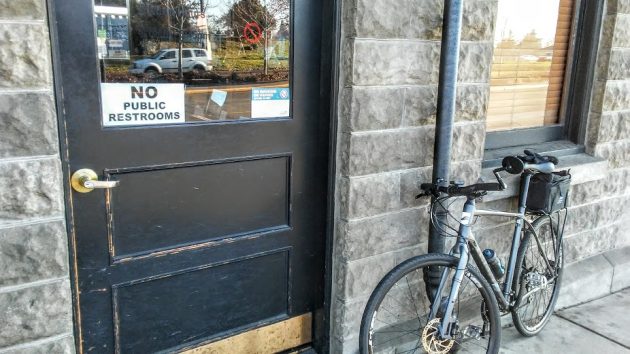 That’s a discouraging sign (as seen on Monday) if you’re at Albany Station and have to go.

The details are still undecided, but if the city council follows through on the general sentiment it showed on Monday, Albany Station may finally get a public restroom accessible around the clock.

There was no vote, but the mayor and five councilors present — Bill Coburn was not there — indicated they agreed with a staff proposal to prepare applications for grants that would pay for constructing and then maintaining a public toilet on the grounds of the train station and transit center.

The plan was proposed by Chris Bailey, the director of public works operations, and Mark Bernard, the Salem-based regional transit coordinator for the Oregon Department of Transportation.

Their point was that people expect a train and bus station to have an available restroom. But in recent years, because of problems with vandalism, the restrooms inside the station have been reserved for Amtrak ticket holders. And the waiting room itself is often closed when people wait for trains and buses.

Bernard says the need for an accessible restroom will only increase as various bus services, including the Benton County buses from Newport and the Linn County service from Sweet Home, increase the number of their Albany stops.

Mayor Sharon Konopa sounded skeptical about the addition of a restroom on the station grounds, citing the expense of maintenance. But grant funds may cover that.

Councilors said that whatever is built should be self-cleaning and need little maintenance. Somebody mentioned the “Portland Loo” as an example. (Look it up here.)

The idea seems to be for a small building with two unisex restroom stalls. There was talk of making sure the design fits in with the style of the historic station. Bernard told me the restroom should be built near the station itself because the buses and trains usually stop for only a few minutes.

Initial costs may run around $100,000, and getting the project done may take a year or so. We’ll know more when the council receives and then submits actual applications for the state or federal grants that are said to be available for this kind of thing. (hh) 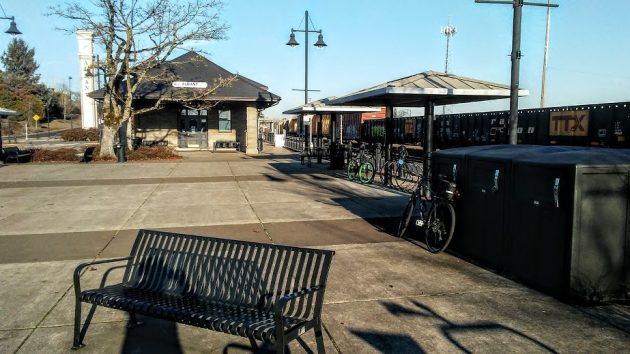 The toilet would join benches, shelters, bike racks and lockers on the station plaza.


5 responses to “City may seek grants for station restroom”