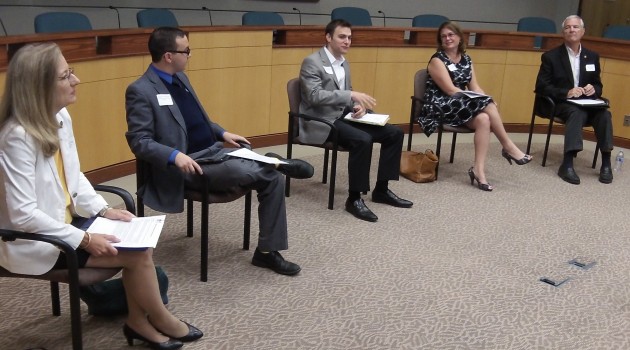 What Oregon cities want from the next legislature is, mostly, more money or a way to get more. There are good reasons for this, but there are even better reasons for protecting city residents from upward spiraling tax bills from the cities or the state.

At Albany City Hall Wednesday, five mid-valley legislators and candidates listened to a wish list from the League of Oregon Cities. Some of them made sympathetic remarks, but if any one of them committed themselves to support the specifics of any of the cities’ proposals, I didn’t notice.

The cities league wants property tax reform, meaning mainly a constitutional amendment allowing local option levies to exceed the rate caps set by Measure 5 in 1990. It’s true that the present system severely constrains the ability of local governments to raise property taxes by persuading a majority of people casting ballots to approve. But that constraint is necessary, because every proposal for a special levy — 4-H programs, veterans’ home, police and firefighters, to mention just a three — is a good one with lots of appeal. Without the tax cap, which forces tax levies to be compressed in order for all of them to fit under it, we’d shortly be back in the 1980s, when property taxes reached the levels that prompted Measure 5.

The cities also want other changes in the propery tax system, and those might end up making the system fairer. But they would also make it even more complex — by allowing, for example, different ratios, by taxing district rather than countywide, for establishing the taxable value of new construction.

We must face this cold fact: The property tax is always going to be unfair, because it is largely unrelated to one’s ability to pay, and the system of assessment is necessarily imprecise. If the league of cities wants a real solution, it ought to demand that the legislature repeal the property tax and replace it with a sales tax for local government. That would get more people to contribute, and all the endless complications of the property tax would be a thing of the past.

Wednesday’s discussion of these and other topics in Albany was attended by Rep. Andy Olson, R-Albany; Rep. Sara Gelser, D-Corvallis; Sen. Betsy Close, R-Albany; and two House candidates in District 16 (Corvallis and Philomath), Democrat Dan Rayfield and Republican Jacob Vandever. Gelser is running for the Senate seat held by Close, who is seeking election after being appointed to the position. Olson has no opponent for re-election.

Efforts to loosen the restrictions on the property tax got nowhere in the last legislature. We’ll see if our luck holds in 2015. (hh)