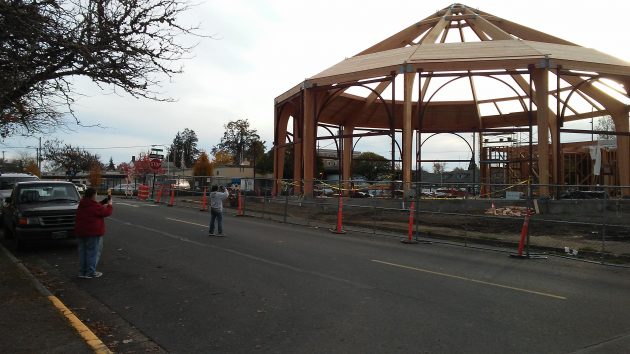 Onlookers snap photos of the skeleton of the Albany Carousel building on Thursday evening.

A couple of things strike me about the new Albany Carousel building rising on the northwest corner of First Avenue and Washington Street.

One is the degree to which the place has already become an attraction for people wielding their mobile phones as cameras. Most of the times I pass the construction site, there are spectators holding up their phones to capture a shot of the building as it grows..

The other thing is the surprising — to me — height of the building. The peak formed by those laminated roof beams rises roughly to the height of a three-story building. You can check it yourself by drawing imaginary perspective lines from the three-and-a-half-story Masonic Temple across Washington Street. And if you count the flagpole on top to be added later, as the design calls for, it will be taller still.

Workers have started putting the plywood sheathing on the roof, as you can see. Completion of the $5.6 million building is scheduled for June 2017. Plenty of time between now and then to gawk at the site and keep track of the progress the Gerding Builders construction crew makes week by week. (hh) 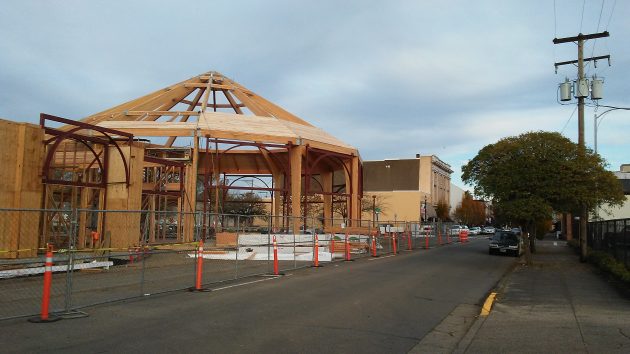 The Masonic Temple in the background on First Avenue West.


7 responses to “Carousel: An attraction already”