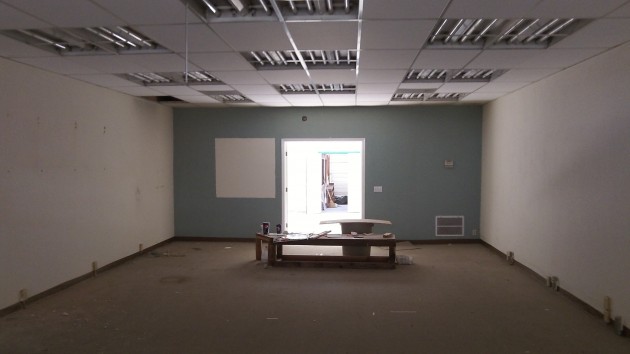 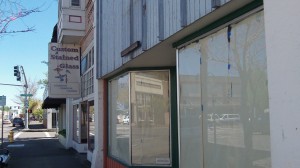 With any kind of luck, the desolate empty space (above) behind the storefront at right will house one of Oregon’s more famous restaurants before another year has gone by. The address is 208 Second Ave. S.W. in Albany. Novak’s Hungarian Restaurant wants to move there from its larger rented space off 14th Avenue S.E., and Albany’s urban renewal advisory board on Wednesday agreed to help — but only after a lot of talk.

Last November CARA, the Central Albany Revitalization Area, had approved a $126,000 loan toward the Novak project, which the family then estimated would cost around $627,000. Since then the Novaks discovered the building, once Broder’s Meat Market and most recently a T-shirt shop, had more problems than they thought and the total cost is likely closer to $800,000. Their bank would no longer lend them most of the rest of the amount they need if all they had was a CARA loan, so now they asked for a CARA contribution of $200,000 in the form of a loan to be forgiven once they occupy the rebuilt structure and open their restaurant.

Instead, after more than an hour of back and forth, the majority of the CARA advisory board Wednesday voted for a $200,000 loan to be forgiven in five years. Exactly what that meant would be worked out in the CARA aid contract.

Much of the debate dealt with the cost, the size of CARA’s contribution and whether the building — with its historic façade completely gone and the rest in need of lots of work — was worth saving. Board member Russell Allen wondered where there wasn’t some line beyond which CARA should not go in spending money on buildings too far gone.

In the end, though, the majority appeared to agree with board member Mark Spence, who eloquently recalled the reason CARA was created: to revive Albany’s moribund core area, something that bringing Novak’s downtown would likely help achieve more readily than various other projects the program has funded. Councilor Bill Coburn, for one, said he favored this project more than the restoration of the former Fortmiller Funeral Home building on Third Avenue, for which the board last month approved a grant — not a loan — of $336,000. 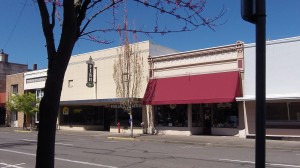 Across the street from 208 Second S.W.: Whole block could use a revival.

What persuaded the majority seemed to be the realization that without CARA’s aid being increased and changed to a forgivable loan, the project would not get done and 208 Second S.W. might remain what it is, an empty socket in a block of mostly nondescript buildings. (The question in my mind was why the board did not just make it a grant effective on the restaurant opening.)

Karen and Kaymarie Novak, the daughters of restaurant founders Joseph and Matilda Novak who fled their native Hungary after the anti-Communist uprising in 1956, appeared before the CARA board along with their architect, Bill Ryals.

Ryals ventured a prediction that unless there are further hurdles or surprises, the new Novak’s might open in six months. (hh)