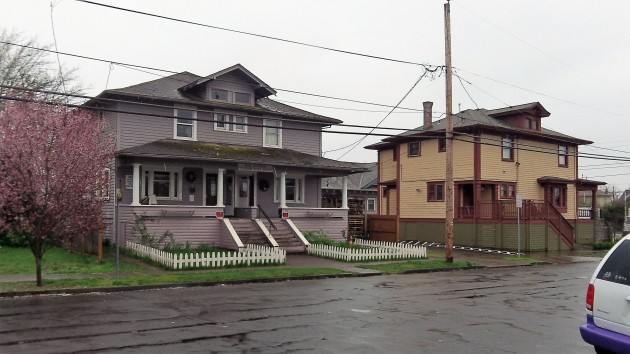 The homeless shelter is on the left. Years ago it was in the house on the right, which with CARA’s help now houses a business.

The Signs of Victory  “Freedom Road House” homeless shelter would leave central Albany and move across the tracks, literally, under a plan endorsed Wednesday by the advisory board of CARA, the Central Albany Revitalization Area. But before it happens, a few details remain to be nailed down.

The plan goes like this: CARA buys the historic duplex at 118/120 Seventh Ave. S.E., where the shelter has operated for several years, for $218,570. George Matland and Gale Armstrong-Cabrera, who run the ministry, use the money to upgrade their location at 1100 Jackson St., where they have a food bank, offices and a warming shelter. When the alterations are done — six months’ time was mentioned — the shelter moves there as well. CARA then holds the Seventh Avenue property until construction of the new main fire station across Seventh is completed. Then the district seeks proposals from anyone who wants to buy and restore the house and perhaps live in one of the halves.

CARA has the authority to buy property and turn it around as part of its general mission to counteract blight.

A staff report to the CARA board said the Seventh Avenue house had been the scene of “numerous police and emergency calls as well as issues with overcrowding as the need for emergency shelter has increased.”

The report suggested the Jackson Street address, in an industrial area across from the police station and county jail, would be a better site for the shelter, and the zoning there allows it. On Seventh, the shelter needed but never obtained a conditional use permit, according to the report.

The advisory board vote backing the proposal was unanimous. The city staff now will do its “due diligence” such as getting a title report, checking the inside of the house, and spelling out what exactly constitutes the “blight” that this transaction would cure. When all that is done, probably in a matter of weeks, a final decision to go ahead will be up to the renewal agency, which is the city council.

The Signs of Victory Mission was controversial for years after the late Maxine Matland started it in Albany in the early 1980s. But on Wednesday, her grown children, George and Gale, received warm praise from CARA Board Chairman Rich Catlin, Mayor Sharon Konopa and others on the board for all the help they provide to the down and out.

“Signs of Victory,” the mayor said, “is part of the puzzle of serving the homeless in Albany.” (hh) 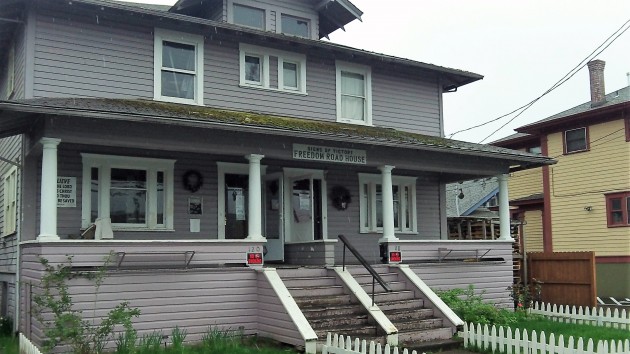 
One response to “CARA board backs shelter move”