Can we rescue Waverly Lake? 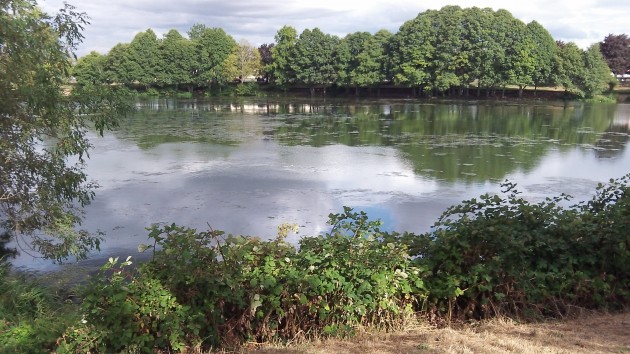 Looking across Waverly Lake; brambles in the foreground, algae in the middle.

Thick gobs of algae in the water and sections of the banks overgrown with berry vines — these are among the reasons why Waverly Lake is no longer a great spot for angling, the Albany City Council has been told, and something should be done. 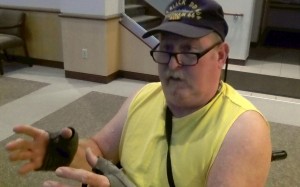 The appeal came from Edgar Hahn Jr., who talked to the council during the public comment period on Wednesday. He’s lived in Albany since 1949 and as a boy used to spend a lot of time angling on the banks of Waverly Lake, a former gravel pit which by then had become home of the annual Albany Timber Carnival.

In recent years, the banks have become overgrown, rocks on the banks can become slippery in the winter, and late in the summer — like now — much of the water is covered with the slime of algae. Hahn says that if he caught he fish from that muck, he wouldn’t eat it. He asked the council to consider cleaning out the lake with a dredge, to clear the banks for easier angling access, and to increase the flow in Cox Creek to fush out the water now and then, or to install aerators. 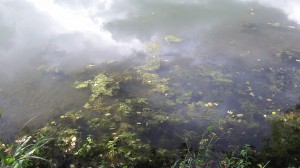 The muck near the bank up close.

Waverly Lake is said to cover about 5 acres in 20-acre Waverly Park. In recent summers and again this year, the city rents out paddle boats. But judging from the areas clogged with surface growth on Thursday, only about two-thirds of the pond was easily navigable with these craft.

Mayor Sharon Konopa told Hahn she would ask the parks director, Ed Hodney, to consider Hahn’s suggestions and see if anything could be done. She said the city is limited in how much water it can channel down Cox Creek, which also feeds several other ponds upstream, all of which become stagnant when the summer gets hot.

Hahn has a point, though. Like other local ponds such as Timber Lake and Freeway Lakes, Waverly is not really much of a lake. But to preserve what little “lakeness” it has, we we ought to do what can be done to prevent it from silting up and to keep the algae down. (hh)


4 responses to “Can we rescue Waverly Lake?”