Cakes case: What happened to tolerance? 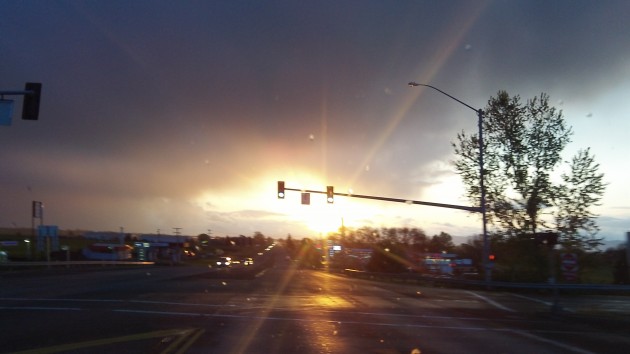 Like the sun on a mid-valley evening, tolerance for acting on one’s beliefs is going down in Oregon.

How about a little tolerance for a change? How about leaving room for citizens acting on their beliefs even if they are out of step? None of that is evident in the heavy-handed way the state of Oregon is coming down on the couple who could not bring themselves to furnish a wedding cake for a lesbian wedding.

An administrative law judge for the Bureau of Labor and Industries has recommended the two proprietors of Sweet Cakes by Melissa,  Aaron and Melissa Klein, must pay the unhappy couple $135,000 for their suffering, mental and otherwise, after the shop would not plan, design, construct and deliver a cake to their nuptial event. That’s a crushing penalty, out of proportion to what happened, even if a fundraising campaign on the bakers’ behalf raises much of the money.

Despite what BOLI and  Labor Commissioner Brad Avakian assert, this was not a case of some grave injustice the way most reasonable people understand the term. Aaron Klein, who had the misfortune of dealing with these would-be customers in 2013, was not rude and did not refuse to talk with them. When he learned the cake should have two women’s names on it, he said he was sorry but the shop could not participate in a same-sex wedding because of his and his wife’s faith in what the Bible says about that.

The normal thing for the would-be bride and her mother, who came to the shop with her, would have been to say, “Sorry you feel that way, you misguided man,” and go to some other place to buy the cake. Instead she and her partner waited a few months, presumably stewing, and then filed a complaint with the state.

Even if the the administrative official is upheld on the law, $135,000 for not baking a wedding cake? Not even bank robbers get hit with fines that big.

The implications of this case go far beyond cakes, and they should worry anybody who cares about individual liberty. Let’s all agree that it’s wrong to discriminate in public life and business on the basis of race, color, religion, national origin, sexual orientation and various other things. But what about special circumstances?

Suppose you can sing and hire out for special events. Can you turn down the offer of a gig when a Muslim marries his third wife, on the grounds that you don’t do Muslim weddings? Or would that violate Oregon law? (Don’t object that polygamy is illegal. That would be irrelevant; same-sex marriages were illegal in Oregon too when the Sweet Cakes case began.)

The talk about gay rights and later same-sex unions used to be all about tolerance. That was long ago. Now it’s all about compulsion by a powerful state that doesn’t have to worry about its own legal bills but can kill its targets with theirs. The labor commissioner is demonstrating the state’s crushing power in this case by destroying a small business and a man and his wife whose religion would not let them do what was asked. (hh)


35 responses to “Cakes case: What happened to tolerance?”