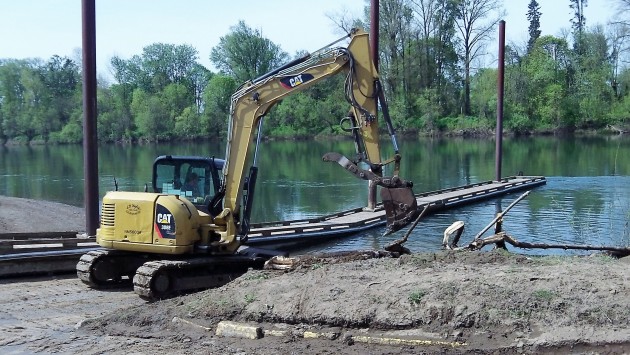 From the riverfront beat, good news for Willamette River boaters who like to use the ramp at Bowman Park.

Now that the water in the river has gone down, the boat ramp at Bowman has been usable for a few weeks. But Tuesday I noticed that a bunch of snags or big branches had come down the river and settled down on the downstream side of the ramp. That’s the side that boaters prefer because the current won’t jam their craft against the planks, as it does on the upstream side,

The woody debris made the ramp practically useless. But today, Wednesday afternoon, a guy from Hughes Excavating in Philomath was taking care of the problem, as you can see in the photo. By the time I got there on my bike, all the snags and branches had been pulled from the water and piled on the bank. 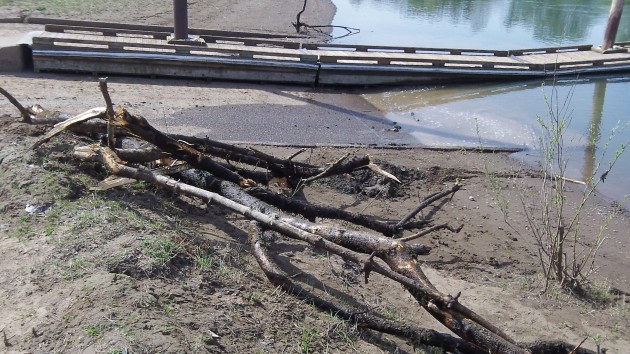 And this is some of the junk that the operator pulled out of the river.